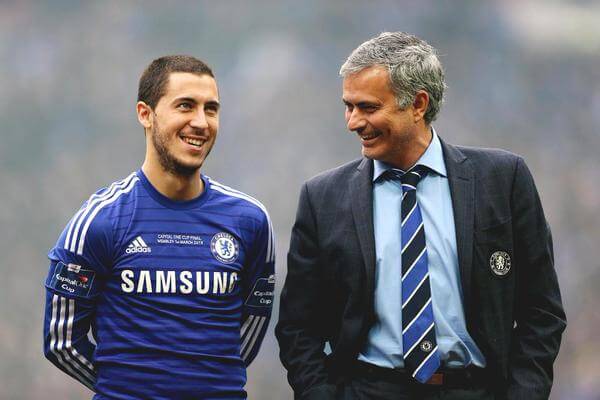 Sensational player-swap deal being lined up?

Chelsea and Jose Mourinho are ready to allow out-of-form Belgian star, Eden Hazard leave for Real Madrid, but for a price.

With rumours and links being created numerously in the past couple of months about Hazard moving to Spain, it is understood that Chelsea boss Mourinho is willing to let the play-maker go, as he has set his sights on James Rodriguez joining the club.

However, the Portugese boss is appeared to be keen on gaining some money from the deal, but is confident that he can seal James as part of a transfer if the moment were to arise.

Initial reports suggested that Madrid were ready to pay around £75million to sign Hazard, but now it’s being claimed that Chelsea want cash and James.

Officials at the Bernabeu value their play-maker at around £58m, meaning there is a £17m difference between the two, so that could mean Madrid would have to pay Chelsea £17m + James for Hazard.

Madrid are said to be not so keen on the prospect of letting their star Colombian go, but see Hazard as very much in their future plans to dominate world football again.