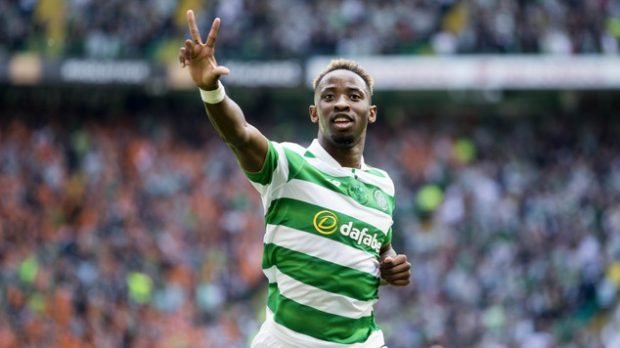 The 20-year-old has become one of the hottest prospects in the world after lighting up the SPL this season, scoring 20 goals thus far for Brendan Rodgers’ side.

Manchester City have also been monitoring the striker’s situation closely, but rumours claim Chelsea are now the favourites to sign the France U21 international.

Blues boss Antonio Conte is looking for understudy to Diego Costa, with Belgium international Michy Batshuayi currently out-of-favour at Stamford Bridge and has been tipped to leave the club on loan by the end of today or in summer.

Scottish champions Celtic had slapped a £40m price-tag on their star player, but Squawka now state their asking price has been dropped to £30million, though Chelsea hierarchy believe they can get him for even cheaper.

The Blues are the leaders to sign Dembele before the end of deadline day, and have numerous board members dotted around the country and at Cobham to make sure that any late business can be sorted.