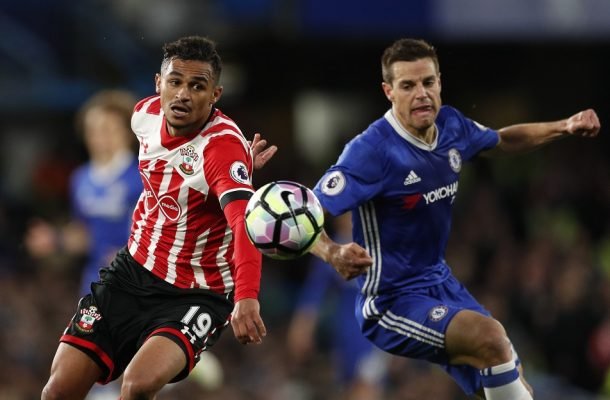 Our Chelsea vs Bournemouth prediction

We expect a Chelsea win at 1.32 with Unibet. Below you can read the reasons for our Chelsea vs Bournemouth predictions.

We expect Pedro to score first at 6.50 with Unibet

The Chelsea squad are favourites to win this Carabao Cup match 1.32 with Unibet, with visitors Bournemouth priced at 10.00 with Unibet to cause an upset and win at Stamford Bridge.

In the midst of a busy league run, this match will come as a welcome distraction for both teams with the allure of a major semi-final up for grabs for whoever goes through.

Chelsea are of course the favourites playing at home, but despite their poor form, Bournemouth will be motivated and are likely to come up against a weakened team selection from Antonio Conte.

Blues manager publicly conceded the Premier League table recently, the 14 point-gap between them and leaders Manchester City supposedly insurmountable in the eyes of the Italian.

This will also give him more motivation in the cup competitions, although with the Christmas period on it’s way he will probably still use this match to rest players and experiment with his squad a little bit.

Still, whatever team he puts out should have enough quality to win at 1.32 with Unibet. We expect Bournemouth to give them a game, but are predicting a 2-1 Chelsea win at 8.50 with bet365.

Alvaro Morata is back after a short spell out, but may be preserved for Sunday’s trip to Everton. However, the Blues have plenty of other goal threats such as Willian, Batshuayi and Pedro, who we think will score first at 6.50 with Unibet.

Chelsea face Bournemouth at Stamford Bridge on Wednesday night. With the Premier League looking a distant dream right now, the Blues will see the Carabao Cup as a good chance of silverware and can reach the semi-final with a win.

Chelsea have won their last two matches but still lie 14 points behind leaders Manchester City at the top of the table. Marcos Alonso’s free-kick gave them a 1-0 win over Bournemouth on Saturday.

The Carabao Cup will provide some welcome salvation for Bournemouth, who are on a six-match winless streak in the Premier League. It doesn’t get any easier for them, with Manchester City next up at the weekend.

Chelsea have won 8 of their 10 previous meetings against the Cherries, including October’s 1-0 league win at the Vitality Stadium. The Cherries’ only ever win at Stamford Bridge came back in 2015 in a 1-0 success.

Out of favour defender David Luiz is injured for Chelsea, although Alvaro Morata is now back after a bout of fatigue. Antonio Conte will probably choose to rotate given the busy Christmas period is just round the corner.

Chelsea to win at 1.32 with Unibet