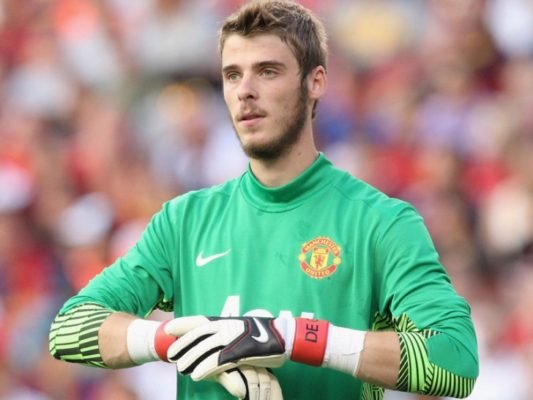 Goalkeeper insists he’s not focusing on his future

Manchester United goalkeeper David de Gea has spoken out about his future for the first time since his proposed move to Real Madrid collapsed on deadline day.

The Spaniard was all-but set to complete his dream move to the Bernabeu but due to late paperwork, the deal wasn’t finalised and signed of by La Liga in time, meaning De Gea had to stay put at Old Trafford.

The 24-year-old has yet to play for Louis van Gaal this season, with new signing Sergio Romero given the gloves for the first few weeks, but with De Gea’s future sorted for now, the Spanish international could return this weekend against Liverpool.

After spending time with Spain on international duty, De Gea discussed his future and confirmed that he wasn’t worried about what will happen.

De Gea said: “The support I’ve received is very important to me.

“I have some magnificent team-mates and I am very grateful to all of them.

“My future’s going to be the same as it is now.