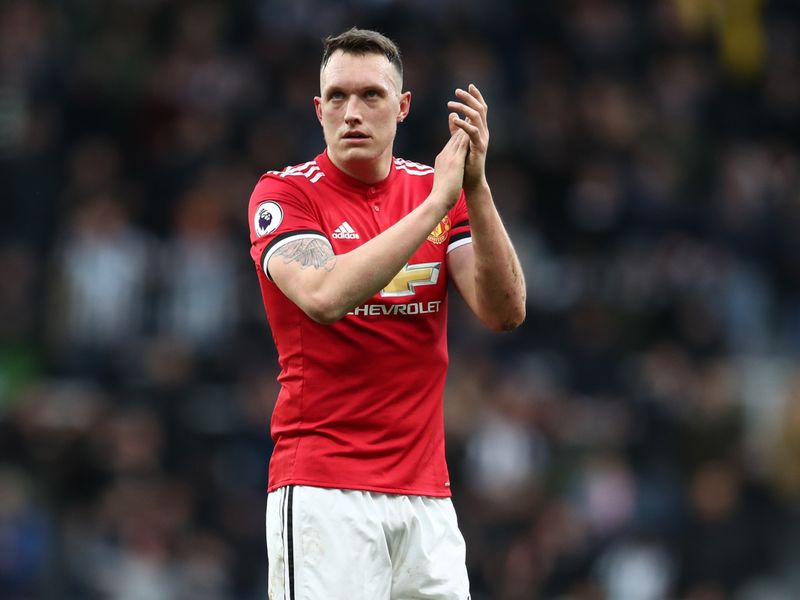 Phil Jones has failed to learn from his mistakes and experiences as a defender, claims former Premier League manager Sam Allardyce after the 26-year-old’s calamitous own goal against Valencia in the Champions League cost Manchester United the game.

Jones was a part of United’s backline in the game against Valencia and his lack of communication with goalkeeper Sergio Romero resulted in his attempted clearance finding the back of his own net.

A product of Balckburn Rovers’ youth academy, Sam Allardyce brought him up the youth ranks and handed him his Premier League debut back in the 2009-10 season. A series of consistently impressive performances earned him a move to Old Trafford in 2011.

After a productive season last time around, Jones has fallen out of favour under Jose Mourinho this season. The 26-year-old has made only 3 appearances in the Premier League so far. While much of that has been down to injuries, Jones hasn’t helped his cause with lacklustre displays at the heart of the defence whenever he has been fielded by the manager.

And his former manager Sam Allardyce is not at all impressed by his progress. “He certainly looked the business at 18 years old,” the former England boss told talkSPORT.
“He made his debut with me against Chelsea, he came on and won man-of-the-match marking Didier Drogba. We drew 1-1.

“Certainly injuries have hampered him a huge amount, but he should have gone a lot further.

“He’s playing for one of the biggest clubs in the world, it was obviously a massive move for him.

“He could have had the choice between Man City, Man United, Liverpool, Arsenal, you name it, all those clubs were in for him.

“But he chose Man United and I thought it was a great choice under Sir Alex.

“Sir Alex said to me in his [Jones’] early days at United, ‘wow, Sam, I’ve got a great player here’. But it hasn’t quite worked out for him.

“I think sometimes he hasn’t quite learned from his experiences, he’s still got that edginess, that diving in type of attitude when he should leave it alone.

“I’m slightly disappointed he hasn’t been as big as I expected him to be.

“I expected him to be in the England side on a regular basis to lead England into European Championships and World Cups on the form he showed at Blackburn when I had him.”