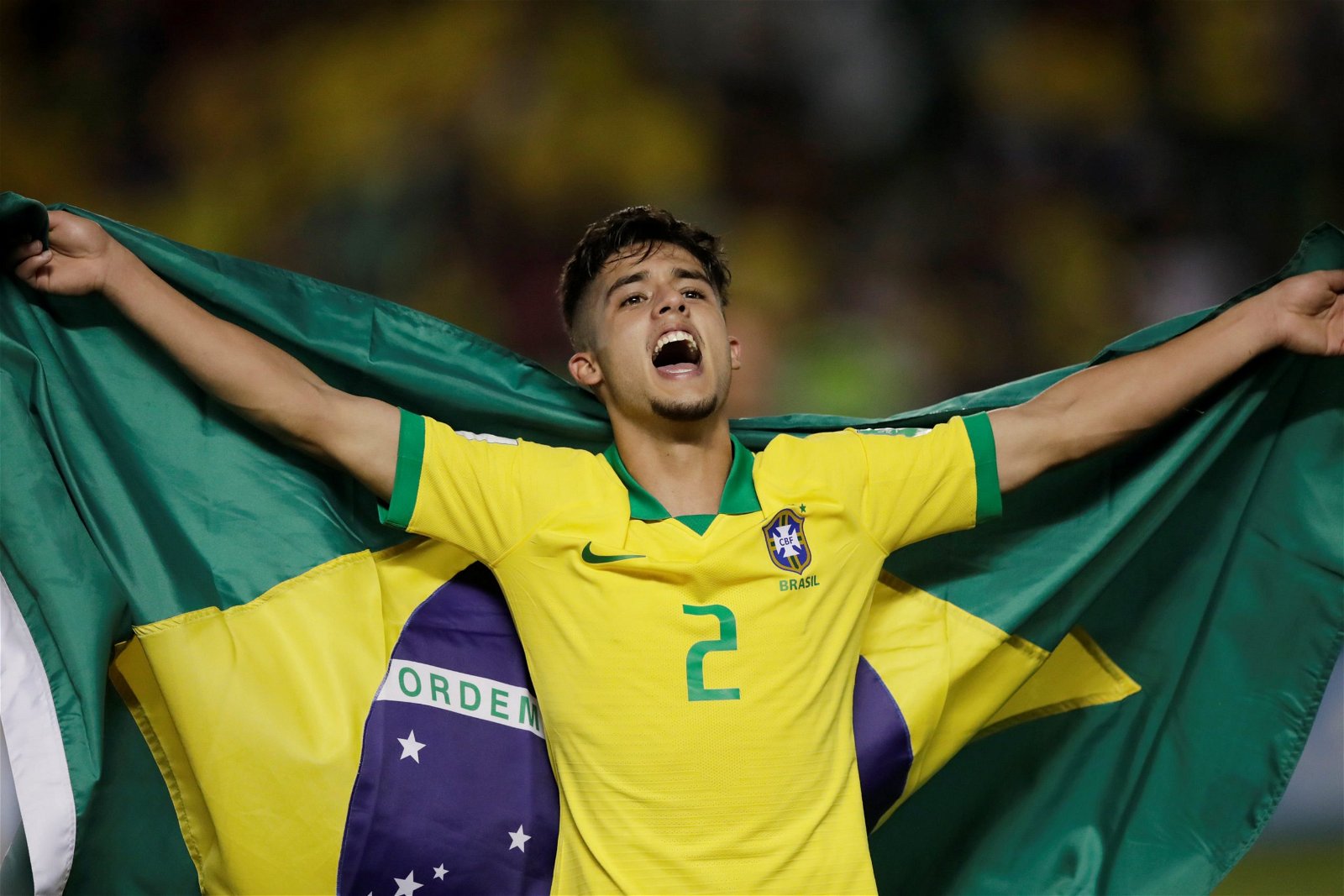 Barcelona were highly-interested in the Brazilian talent.

However, Pep Guardiola’s side have eventually managed to snatch him.

Manchester City have confirmed they have beaten Barcelona to the signing of Brazil youth international Yan Couto from Coritiba. The player was exceptional as he helped the Brazilian U17 side win the 2019 Fifa U17 World Cup hosted in Brazil.

The Selecao defeated Mexico 2-1 in the final to with their fourth title at the stage and clubs including Premier League side Arsenal and La Liga giants Barcelona have been making moves for Couto. Back home, many describe him as the ‘new Dani Alves’, having created more chances that any defender at the U17 tournament.

The 17-year-old’s contract is due at the end of the season then he will team up with the Etihad side on a five-year deal, although financial details have not been made public. City will reportedly pay €6m upfront plus a further €6m in instalments.

It had been previously reported in both Globoesporte and Mundo Deportivo drew on reports that a €5m deal to take the defender to the Camp Nou had been in the pipeline. The player is not the tallest – standing at just 1.68m – but is said to be lighting quick and to possess a lot of energy, both very technical and also skilled in attack.

The 17-year-old, however, has not yet made his debut for the Coritiba first-team but he is said to be one of the most highly-rated players in his nation and was due to be out of contract in a year’s time – but this represents a record deal for Coritiba.