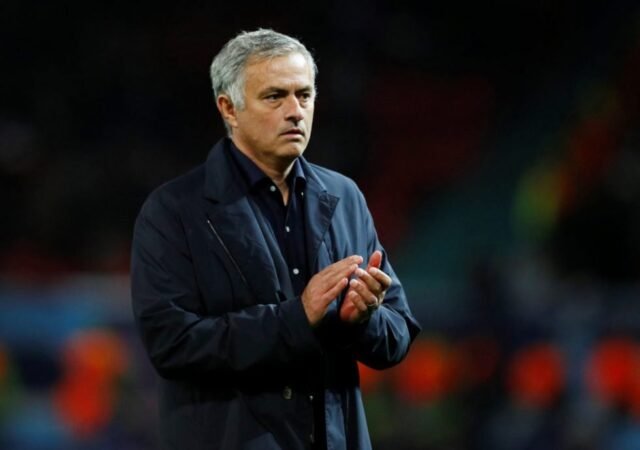 PSG are considering Mourinho’s services ahead of the 2022-23 season.

AS Roma manager Jose Mourinho has become a potential candidate to replace Mauricio Pochettino as the new manager of Paris Saint-Germain this summer.

The 59-year-old joined Roma in 2021/22 after his sacking from Tottenham Hotspur in April 2021. He took his club to sixth finish in Serie A. Roma also qualified for the Europa League after winning the Europa Conference League.

Mourinho could well be on the move again according to talkSport, who are reporting that PSG are considering his services ahead of the 2022-23 season.

Pochettino is said to be on the verge of the sack in Paris following an underwhelming season.

Despite underwhelming spells with Man Utd and Spurs, Mourinho has gone on to win the league titles in England, Spain, Italy and Portugal during his illustrious career so far.