After yet another packed day of Premier League action, it’s time for SillySeason to highlight their Five Things Learnt.

In a day which saw Arsenal remain top, Manchester United pick up their first win since November and Aston Villa all-but confirm their relegation, there is plenty to talk about.

However, what were the main highlights or the main talking points from our eyes?

5) Jurgen Klopp Has A LOT To Do 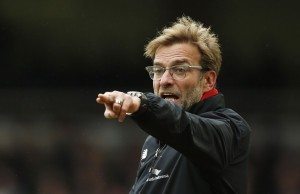 Jurgen Klopp’s time at Liverpool has been very strange.

They’ve smashed Chelsea and Manchester City away from home in superb style, but then they’ve lost games they shouldn’t lose in awful style.

Liverpool were battered yesterday by West Ham at Upton Park and quite frankly, they were lucky not to lose by four or five.

West Ham ran them off the pitch and the Reds simply weren’t at the races.

This is still not a Klopp Liverpool side, but it’s become very clear that he has A LOT of work to do at Anfield if he wants to be successful.