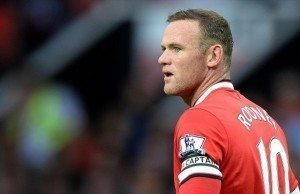 Along with Schweinsteiger, the England centre-forward recieved the lowest overall rating in the United side yesterday with a 5 out of 10 being given.

Failing to hold up the ball, misplacing passes and a poor shot accuracy are just some of the aspects of his game that have been missing during the Premier League campaign this year.

With the fans shouting ‘attack attack attack’ throughout the game, it was evident that they were always going to lack more goals with Rooney still on the field. This was shown when the player was brought off, with United winning a penalty late on where they broke away in great fashion, something which may not have been possible if Rooney was still on.