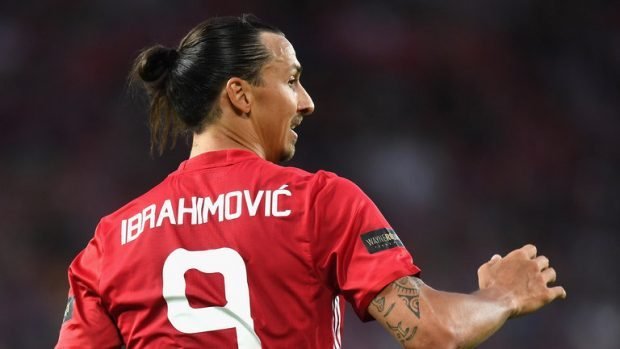 The Manchester United striker seemed all but out for the rest of the season after suffering an injury towards the end of the season – an injury that some even suggested could end his glistening career.

With United set to take on Ajax in the Europa League final in Stockholm, nobody would have expected the Swede to be ready to return.

However, Zlatan sent social media into a frenzy on Saturday, after posting a video on Instagram, showing him taking steps to recover from his injury with the caption – “ready for the final”

While this could simply mean the striker is ready to watch his teammates during the final and see how they get on it could also be a big hint that he is on his way back to Mourinhos’ squad.

While it is almost impossible, and highly unlikely,  team-mate Henrikh Mkhitaryan says the 6ft 5in striker would play in the match on one leg if he could.

“I think if he has the possibility to play the final he would play with one leg because he is able to do that.”

Time will only tell, but what a huge story it would be if Zlatan was on the team sheet for such a big game.

“MAN UTD HAVE TO WIN THIS GAME!”

“MAN CITY ARE THE BEST TEAM IN THE LEAGUE!”