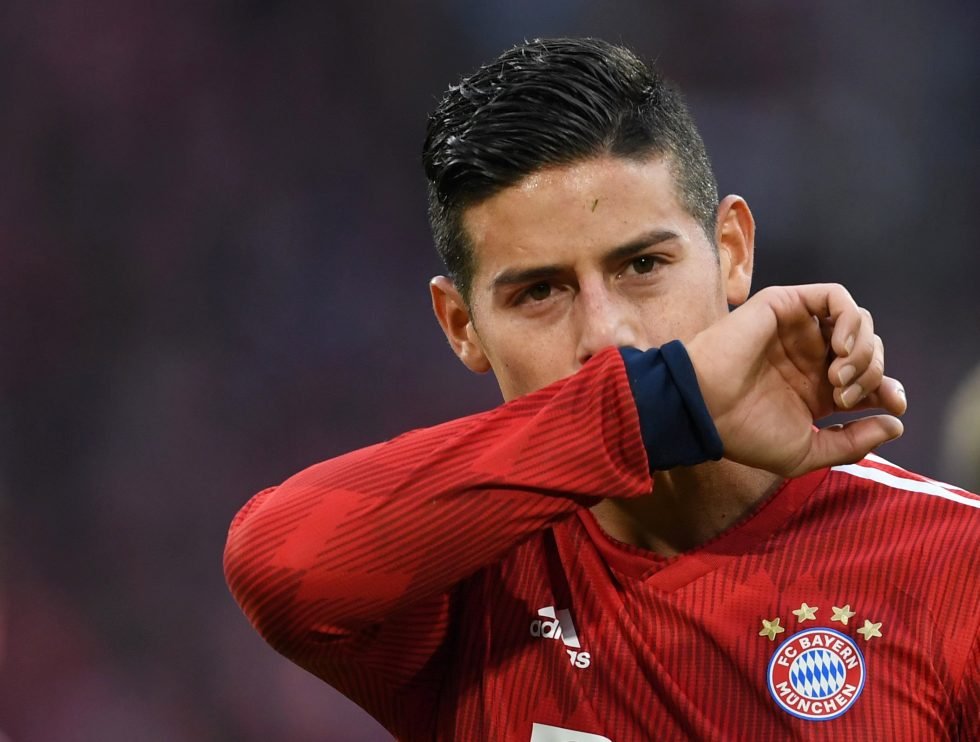 He has also said that the Colombian skipper is looking to join Napoli this summer.

James Rodriguez’s father-in-law has insisted that he wants to leave Real Madrid this summer on a permanent basis after his loan spell is over at Bayern Munich. The Colombian ace has been one of the better performers for the Bavarians since his arrival at the club but there is no confirmation from the German champions about any permanent contract for him. This has reportedly diverted his attention to leave for Napoli in the summer transfer window.

Speaking to Football Espana, the father of James’ ex-wife, Daniela Ospina, who is also the sister of former Arsenal goalkeeper David Ospina, said, “My daughter Daniela told me that he has a great relationship with Carlo Ancelotti and would be happy to reunite with him.”

He added, “I think he would one day like to play in Italy and of course at a big club like Napoli. All Colombian players would like to have an experience in Serie A. The appeal of the championship has increased a lot since the arrival of Cristiano Ronaldo to Juventus.”