Footballers Who Have Won the World Cup More Than Once

Footballers Who Have Won the World Cup More Than Once

FIFA World Cup, often simply called the World Cup, is an international association football competition contested by the senior men’s national teams, members of FIFA the sport’s global governing body. The championship has been awarded every four years since the inaugural tournament in 1930, except in 1942 and 1946 when it was not held because of the Second World War. The last world cup was held this year (2018) and the current champions are France.

The FIFA World Cup is the best and toughest competition in the world. It’s not easy for a striker to get away with easy goals when you’re playing in the FIFA World Cup that’s why we took the time to give credits to the Footballers with the most World Cup winners medals.

Previously we have prepared the following lists, have a look:

Who are the most successful teams in FIFA World Cup history?

Brazil is the most successful team in the FIFA World Cup after winning five titles. The Brazil side is well renowned for good attractive attacking football- or ‘Joga Bonito”. Germany and Italy are also joint-second best at the World Cup after having won four World Cups each. Uruguay and Argentina are the only other teams to have won the cup more than once. England, France and Spain have all won the tournament once each.

Since 1930, 20 World Cup tournaments have taken place and eight different teams have won the tournament. Brazil won a record five times. Germany and Italy won four titles each followed by Uruguay and Argentina who won it twice. England, France and Spain are the only other countries to have won the world cup. Here, we look at all the past winners of the FIFA World Cup from 1930 to 2014. So here we look at the All-Time FIFA World Cup Winners List.

List of Footballers Who Have Won The World Cup

Here is the full list of the players who have won  the world cup more than once. Enjoy

Player With the Most FIFA World Cup Winners Medals 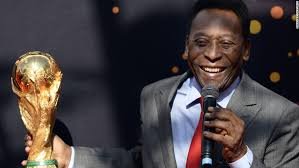 Which player has the most winners medals? Pele is the player in football history to have won 3 FIFA World Cup winners medal. He lifted the trophies in the following years 1958, 1962, 1970 with the 1970 World Cup being his best

is a Brazilian retired professional footballer who played as a forward. He is regarded by many in the sport, including football writers, players, and fans, as the greatest player of all time. In 1999, he was voted World Player of the Century by the International Federation of Football History & Statistics (IFFHS), and was one of the two joint winners of the FIFA Player of the Century award