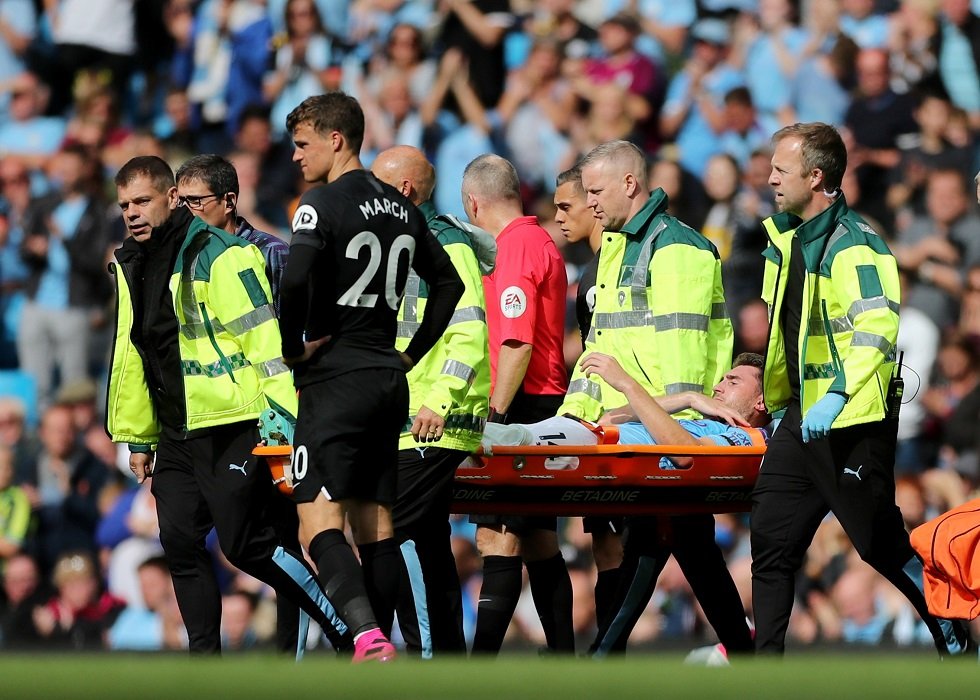 Manchester City have suffered a serious blow to their campaign as one of their key players have been ruled out for six months through injury.

Pep Guardiola revealed on Friday that Aymeric Laporte is set to miss games for the rest of the year and maybe more. The centre-back had to undergo surgery on his right knee after being carried off the pitch in the 4-0 victory over Brighton & Hove Albion.

Guardiola told the press, “Not long. Five months, six months – next year, January or February.” Now, this is a serious blow to City’s aspirations since their defence is not that heavily backed up as their other positions.

After both Vincent Kompany and Eliquim Managala’s departure this summer, Guardiola has been left with only Laporte, John Stones and Nicolas Otamendi in the centre-back position. With the Frenchman gone, the Citizens might have to find other avenues to tackle the load of multiple competitions.

Guardiola could consider using Kyle Walker as one of his centre-half options after signing Joao Cancelo from Juventus. The City boss maintains his stance that the different ending periods for English and European transfer windows is a good idea.

He said, “It is a good idea. I would like to finish the window the day before we start the season. All the managers would want to start with the players we are going to work with. But the other clubs have three weeks. Maybe that is a solution.”