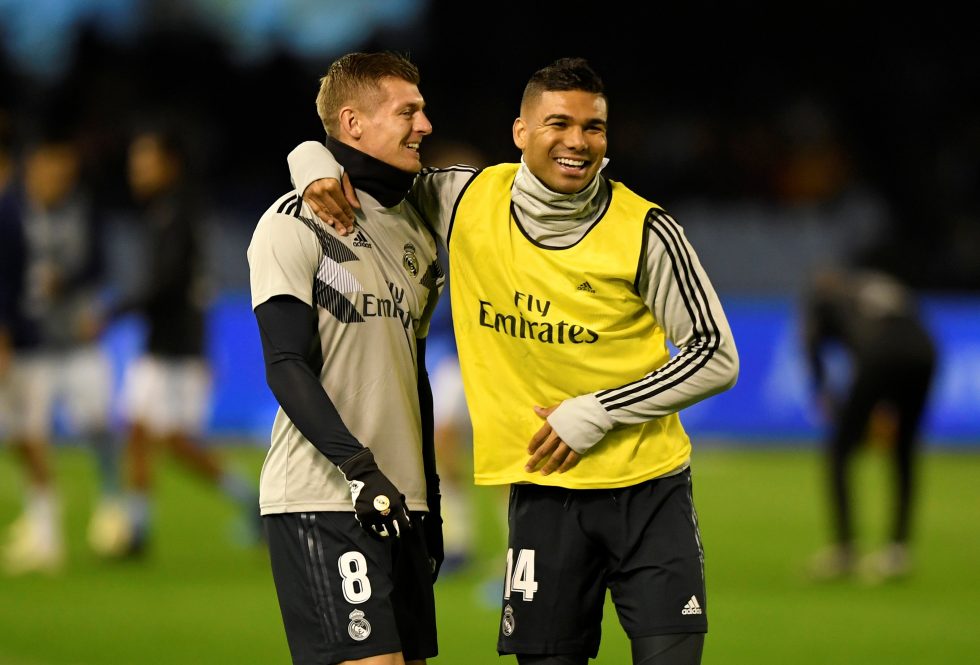 Reports from France claim that Real Madrid midfielder, Toni Kroos is a subject of interest for Paris Saint-Germain.

The Ligue 1 side are looking for a midfield general and Thomas Tuchel has picked his compatriot to be the perfect fit into his system.

PSG disappointed many after failing to progress past the Champions League round of 16 yet again this season. Their January signing from Zenit St. Petersburg, Leandro Paredes has not exactly stepped up to the plate as they hoped he would.

Madrid have just undergone a disappointing campaign as well and Zinedine Zidane is expected to hold a clear out sale this summer. Kroos’ performances this season might get him included in the Frenchman’s wantaway list, even if he has been instrumental in the club’s past success.

The 29-year-old has been a symbol of midfield excellence during his time at the Santiago Bernabeu. However, the former Bayern Munich ace could be on the lookout for a new challenge as well.

He is reportedly valued at €80m as PSG looks to make a swoop for other Galactico stars, Isco and Gareth Bale as well. The Ligue 1 champions are looking to sell Julian Draxler and Edinson Cavani this summer.