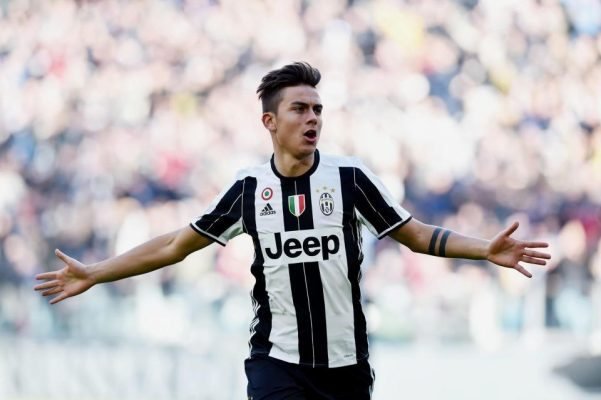 Juventus ace Paulo Dybala says he ‘doesn’t know what the future is’ at Juventus amid speculation linking him with a move to Chelsea this summer.

The Argetnina international has bagged 37 goals in 78 games for Juve since making his debut for the Italian giants in 2015, but he has been heavily linked with a move to the Blues ever since Antonio Conte became manager.

Conte is known to be a keen admirer of Dybala and the 23-year-old is yet to pen a contract extension in Turin.

On the rumours linking him with a move to Stamford Bridge, Dybala told La Repubblica: “I do not know the future, so many things can happen.

“I am happy, my teammates wish me well, as do the fans and the club.

“At the moment I’m fine here.”

Barcelona have also shown interest in Dybala this season, with the forward being tipped to reach the same potential as Lionel Messi one day.