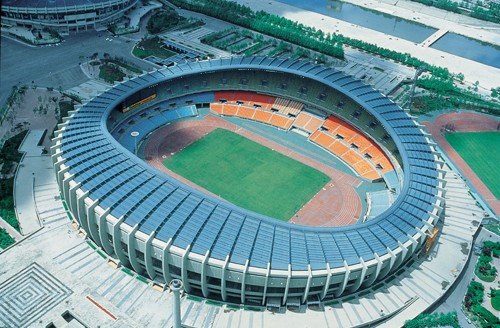 Despite the competition from the Incheon stadium, the Seoul Olympic beats its rival not only with capacity but its gorgeous design too. The Seoul Olympic also known as the Jamsil Olympic stadium was built in 1986 mainly for the 1988 summer Olympics with 69,950 seats and cost $430 million to build. The amazing looking stadium is the centerpiece of the Seoul Complex Sports in Songpa District.