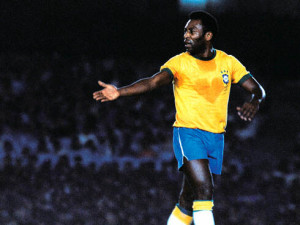 Finally the top dog on the list is no other than Brazilian veteran Pele. Pele is quite respected even today because his statistics show how great of a striker he was and definitely deserves the top spot on the Top 10 Best Football Strikers Ever. Pele scored 1281 goals in 1363 appearances during his playing career no other player has made more appearances that the Brazilian striker. Pele wasn’t the tallest of players definitely knew how to head the ball, he scored a number of wonderful goals including bicycle kicks during his playing career, he would also shoot well with both his feet like he never had a week foot.