Which Germans have cost the most in the transfer marker?

SillySeason are back with yet another top-10 list and today we are solely focusing on German footballers and their price-tag in the transfer market.

Germany have wealth of talent at their disposal, one of the reasons behind them winning the World Cup in Brazil last year, and today we are going to pay homage to the German footballers that have cost clubs around the world millions.

Ranging from £12million and going all the way up to £42.4m, lets look at the top-10 most expensive German footballers in the transfer window. 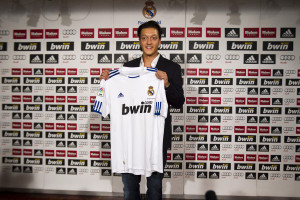 Coming it at number-ten is Mesut Ozil.

This is one of two times that the German playmaker features on our list, but this was his first big move, when he joined Real Madrid from Werder Bremen.

After shining for Germany during the 2008 World Cup, Ozil earned himself a mega-money move from the Bundesliga to the La Liga where he quickly became one of their top players.

His vision on the pitch is second to none and can simply pick a pass from out of nowhere.