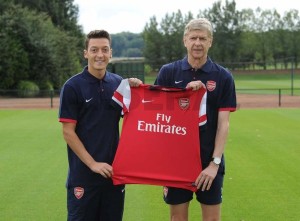 Arsenal‘s record breaking transfer fee and still one of the most shocking transfers to ever happen.

It came in a time where Arsene Wenger just refused to spend money, but back in 2013, the Frenchman stunned the footballing universe by paying Real Madrid £42.4million for Ozil.

A mega-profit was made by Madrid, but a mega-signing was made by Arsenal, even if people do think the German has flopped in the Premier League.

Ozil’s style fits in perfectly at the Emirates Stadium and it was a signal of intent made by The Gunners, who have since gone on to win two trophies with the German at the club.