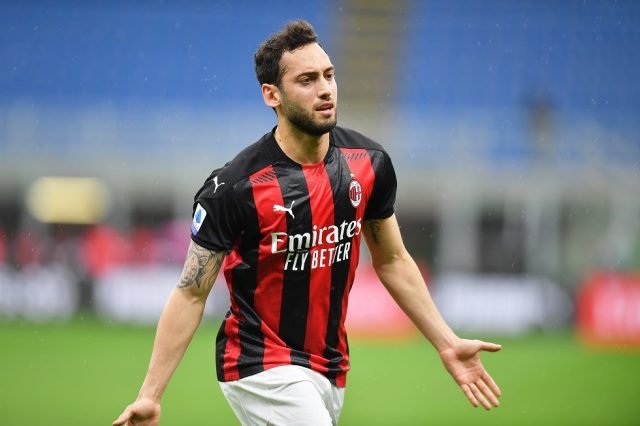 Gianluigi Donnarumma and Hakan Calhanoglu are both tipped to leave AC Milan after this season.

Stefan Pioli’s men failed in their bid for the title this season and still have to fight for Champions League football.

With Juventus and Napoli simply a point behind them in the standings, it could all be decided on the final game. Unless Milan get a win, it could spell drastic consequences in terms of keeping all of their top talents. Calhanoglu and Donnarumma are both running down their contracts and could soon be free agents.

Both of them are wanted by other clubs across the competition, ones who can guarantee Champions League football. Donnarumma has signficant interest chiming in from the Premier League. Calhanoglu would ideally settle for a large contract, having played for Milan for four years now.

Peppe Di Stefano said, “It could be Donnarumma’s last match as well as Calhanoglu’s. After the match against Atalanta it will be up to understand what can happen for both Rossoneri players. It is certain that after the season one will leave for the Turkish national team and one for the Italian one. It is still early to discuss this,” he said (via MilanLive).