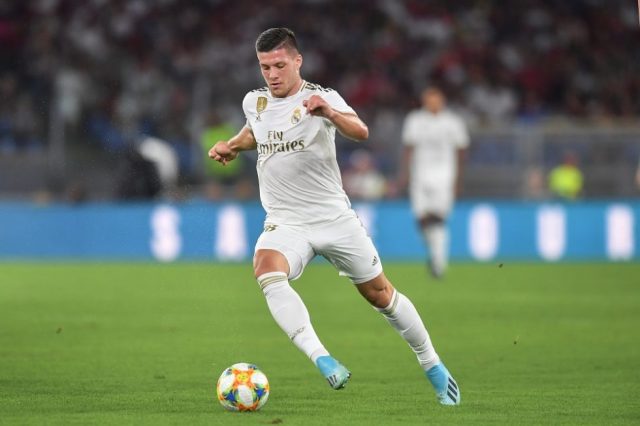 It looks like Luka Jovic’s Real Madrid career is not quite over yet.

Los Blancos fans expected to see the back of Jovic following a debut season of disappointing performances on the pitch.

The Serb could not upstage Karim Benzema to the starting number nine role at Madrid and ended the campaign with just 4 goal contributions in 27 appearances. It seems like Zidane has not given up on him just yet, ready to give him a second opportunity to impress.

“The conversations I have with my footballers are behind closed doors,” the Galacticos head coach said ahead of Real’s clash with Cadiz.

Borja Mayoral had previously claimed that Zidane wanted to get rid of Jovic. The striker responded to those comments by telling El Chiringuito TV that “maybe” Mayoral was right and “You have to ask the club.”

He added, “We have spoken about this many times. To win things in a very long season we need to make rotations, and we have very good players who allow us to make changes.

“People need to remember what this team has lived through, the players never rest. We have a run of seven games and then they all go off with their national teams again. But I’m not complaining, I’m only explaining that it is necessary to rotate and I think we can still win while doing that.”