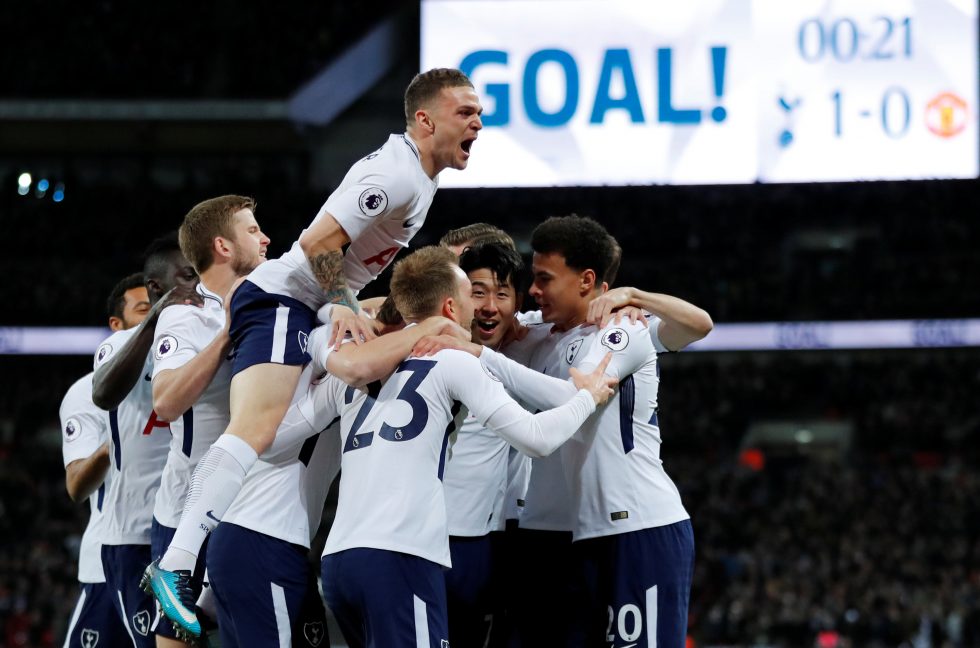 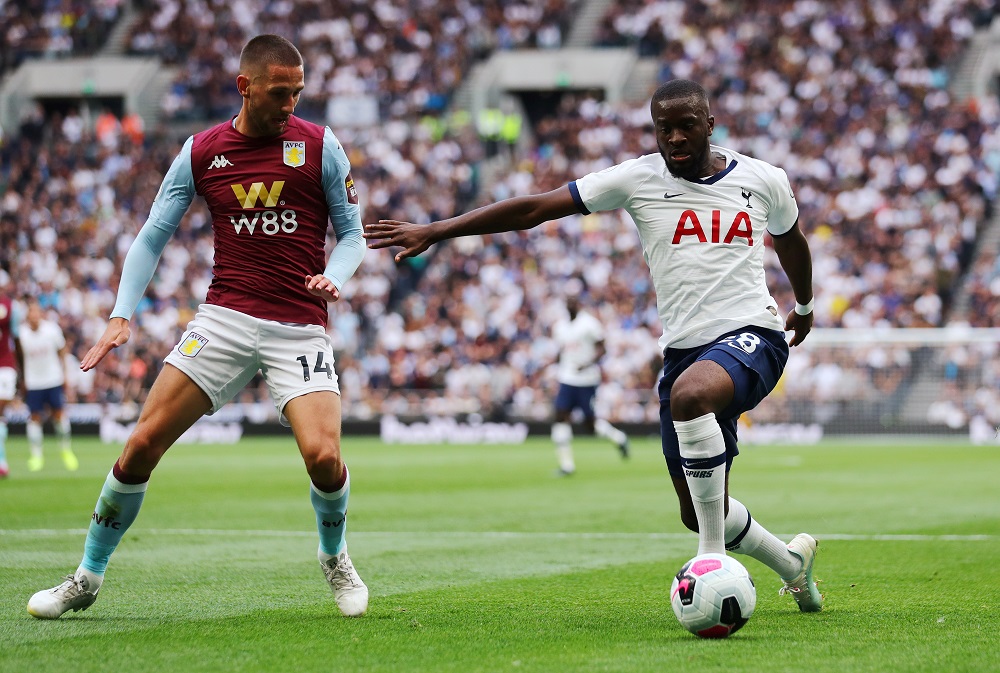 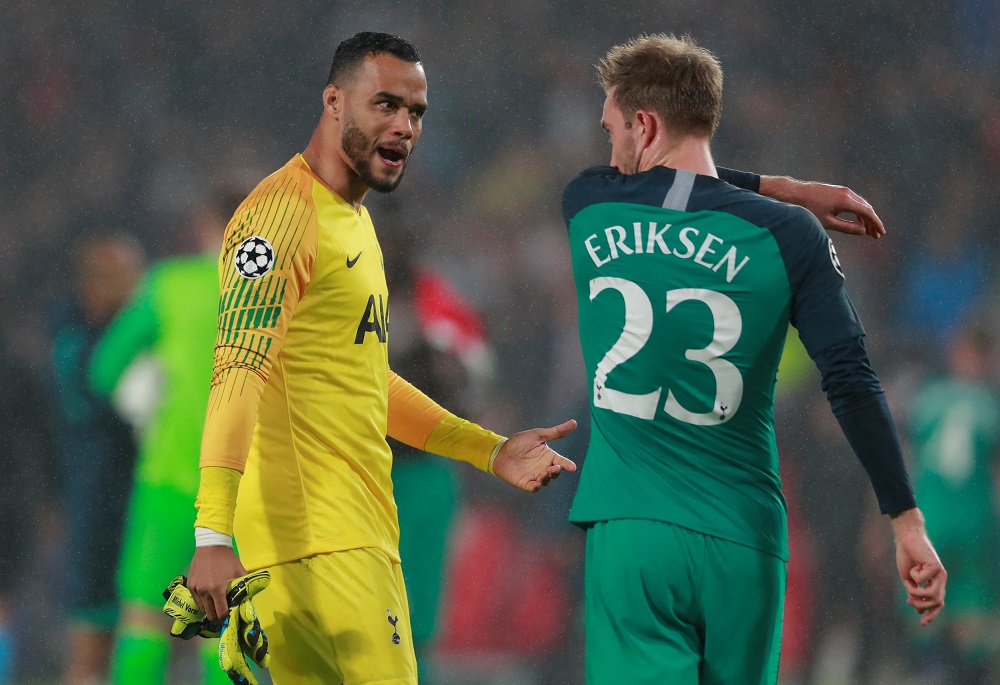 Here is the list of players who left Tottenham in the summer transfer window.

Here is the list of players who left Tottenham in the January transfer window.

Tottenham have strangely not completed any signings whatsoever so far this summer in 2018.

Here is the list of Tottenham Hotspur departures in the summer of 2018 and January 2019.
Tottenham have not let any players go so far this summer transfer window.

Want to know the Tottenham Hotspur new player signings 2017/18? Tottenham Hotspur transfers list 2017/18? Spurs had a very good season last season in the Premier League and FA Cup. They finished 2nd in league, behind only the dominant force of Chelsea, and reached the FA Cup semi-finals, where they were again foiled by Chelsea.

In Europe, they didn’t fare so well as they were knocked out of the Champions League at the group stages and out of the Europa League at the round of 16. To improve their performance in Europe in the 2017/18 season, Spurs strengthened with new signings such as Serge Aurier, Davinson Sanchez and Fernando Llorente to add extra depth to the squad. 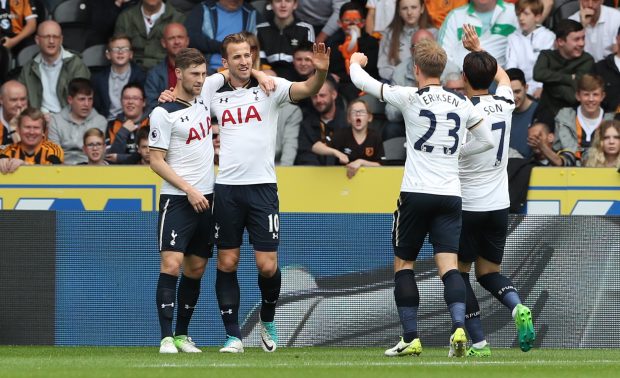 Tottenham had a quiet January transfer window in 2018 but secured the signing of Lucas Moura from PSG which was hailed as a great buy from most pundits.

Here is the list of Tottenham Hotspur departures in the summer of 2017 and January 2018.

Tottenham Hotspur new player signings 2016/17? Tottenham Hotspur transfers list 2016/17? The Spurs squad had a new look this season after manager Mauricio Pochettino made a few new signings. However, the core of their team, with players like Harry Kane, Christian Eriken and Toby Alderweireld remained.

Here is the list of Tottenham Hotspur new signings 2016. Below are all the new players who came to Tottenham Hotspur 2016/17. 2016/17 was a busy year for Tottenham Hotspur. They brought in a number of new names to the team, like midfielder Moussa Sissoko and striker Vincent Janssen. Unfortunately, neither of these players had particularly good seasons.

Here is the list of Tottenham Hotspur new departures in the summer and January of 2016/2017.

Founded in 1882, the club’s current home ground is Wembley stadium, as their former home of White Hart Lane has been demolished to make way for a new stadium on the same site. Their training ground is in Bulls Cross on the northern borders. In 2017, they were ranked by Forbes magazine among the Top 20 most valuable clubs in the world and in the 2016-17 season.

The first Tottenham kit was in navy blue shirt with a letter H on a scarlet shield. Tottenham’s regular kit colours are white and mixed stripes of black and red/navy blue. In March 2011, Under Armour announced a five-year deal to supply Spurs with shirts and other apparel from the start of 2012–13, but other deal terms were undisclosed. The kit was revealed on 12 July in London and two weeks later the third kit was revealed via the promotion of EA’s FIFA 13 video game.

Tottenham players transfer news pops up time to time every window. The north london might not be as rich as their noisy neighbours Arsenal and Chelsea. We have the complete Tottenham Hotspur transfers list above.

They are not known for making big money signings. As mentioned above, the club is well known for producing super talented British players like Gareth Bale, Harry Kane, Dele Alli, Eric Dier, Ben Davies, Jermain Defoe, Peter Crouch and so on

News and rumours always pop up when it comes to Tottenham Hotspur. The English gossip press is second to none. The English media start their own rumours and exclusive news. The fandom with Tottenham transfer rumours on the internet and in the newspapers is an example that defines their strength. We have the Tottenham Hotspur transfers list above.

Tottenham’s growth around the globe has been great. They are playing attractive style of football. Many football fans want to see Tottenham live stream and follow the team. The fans just wish to see very match-winning momnt and be part of a joyful side and always hope to see when the players playing for the fans.

Tottenham live stream online free is something that is interesting to many. There are many different streaming sites, betting companies with betting offers but it’s only one where you can see Tottenham ‘s matches in Premier League and the UEFA Champions League. If you want to see Tottenham on TV and stream, there are many streaming services offering livestream. Then you can watch all TV broadcasts from both the native English League and the cups and when they play in European competitions.

Fixtures Tottenham? After playing 38 match days from August to May, Premier League is concluded. Here 38 matches per EPL season is only taken into count. Then they also play the various domestic cups like League Cup, FA Cup and the Champions League, which easily streches upto 50 or 60 matches in a season. That’s why Tottenham’s program gets very hectic as they play two or three matches in a week sometimes.

When it comes to Tottenham fixtures and Tottenham schedule, it’s possible to see when the team is playing their next match in Premier League’s game schedule.

It’s easy to find when Tottenham Hotspur is playing their next match. It is often that you play on Saturdays when it comes to league games and Tuesdays or Wednesdays when it is the Champions League that calls. To be absolutely sure we have collected all the matches in one and the only same place.

Tottenham Hotspur is considered as a team with less experience in Europe’s biggest stage. This season they were knocked out in the Round of 16 by last year’s  runners up Juventus. Spur’s most famous European might be the night at San Siro, when Gareth Bale introduced himself to the footballing world with his 3 eye-catching carbon copy goals that completed his first ever hat trick for the club.

When do Tottenham FC play next? There are many who want to see the team play because of many reasons. They have many young guns in the squad while high speed attacking tactical football. Mauricio Pochettino is one of the best coaches around the world.

We all know, Tottenham’s lineup is full of stars. The team’s coach, Mauricio Pochettino. If we look at Tottenham players and the squad, they have many potential world-class players like Kane, Alli, Eriksen, Son, Dembele, Alderweireld, Lloris.

Tottenham have recovered from the disastrous transfer window they’ve had after the sale of Gareth Bale to Real Madrid. Mauricio Pochettino is improving the squad every season. But Tottenham are restricting their financial policies and hence it will be an uphill task for him to keep hold of their stars.

The news around the English club is steadily high. Today, they are challenging some of the world’s biggest clubs. But if we look at Tottenham salary list, they  pay some of the lowest player wages compared to European elite. Therefore, they are not worrying about the rules of FIFA Financial Fair Play.

Tottenham news is often about their high press game and team’s hard work but it is also very interesting about other parts like Tottenham tickets, shirt and match kit. There are also many who are looking for a logo or wallpaper to have their mobile or tablet.