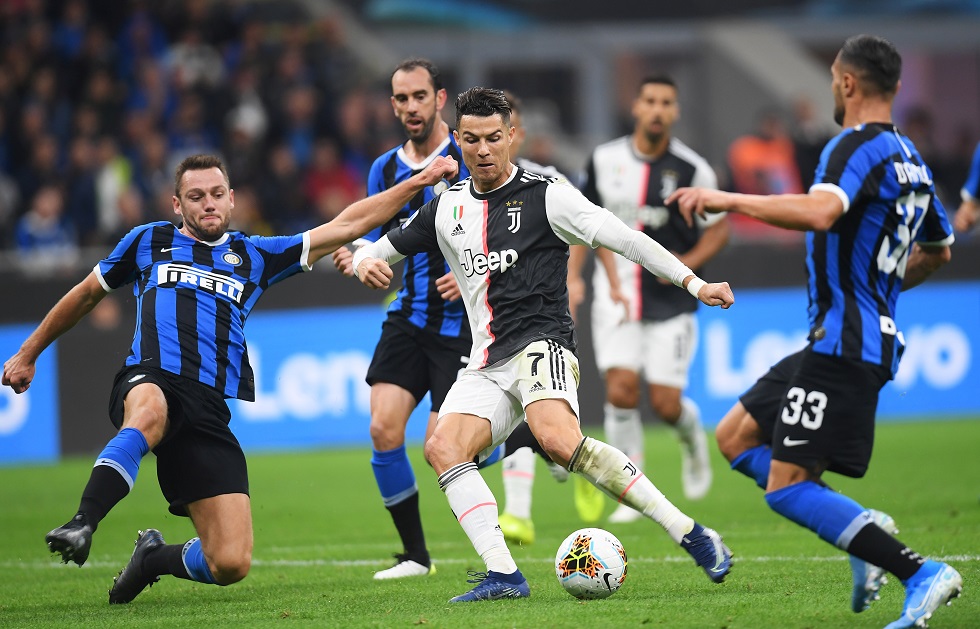 Juventus vs Inter Milan head to head record and results? This is one of most anticipated fixtures of this season, for all football fans out there. Inter will be travelling to Allianz Stadium to face off against their arch-rivals, Juventus in the reverse Serie A fixture of the 2019/20 season. The first encounter of the campaign ended 1-2 in favour of Juventus at the San Siro. Now, this is a crucial tie for Antonio Conte’s men since they are six points behind Sunday’s hosts. Who will get the advantage in this matchup?

We now look at the Juventus vs Inter Milan head to head stats and results between Juventus and Inter. Juventus vs Inter Milan head to head and results in the Serie A and other competitions can indicate which of the teams has had the upper hand. Juventus ended up getting the double over Real last season, but will this year’s fixture produce a similar result? Well, we will soon find out when the teams face off.

Juventus vs Inter Milan Head To Head: Record And Results 2020

Ahead of Sunday’s clash between Inter Milan and Juventus, we look at the matches the two teams have recently played –

Tonight’s match is the 250th meeting between Inter Milan and Juventus. Juventus have won the most number of games at 111. It is also called the Derby d’Italia or Derby of Italy.

Giuseppe Meazza, Omar Sívori and Roberto Boninsegna are the highest goalscorers in this tie with 12. The largest victory between the two was in June 1961 when the Old Lady thrashed Internazionale 9-1.

Read more about Juventus, Inter Milan and Serie A –