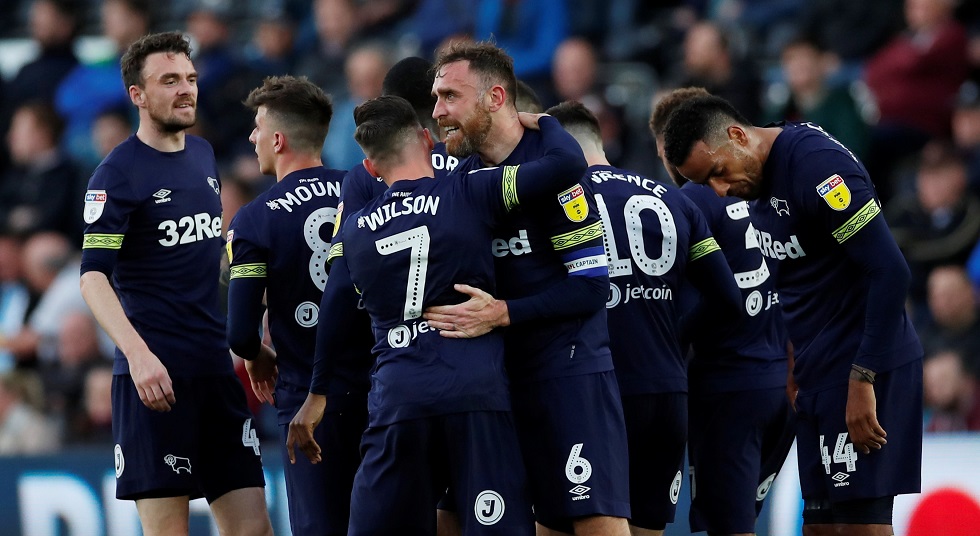 Derby County Players Salaries 2019/20? Who are Derby County’s highest-paid players? How much do Derby players get paid? Have you ever wondered on which players at Derby County are the highest paid? Well, if you have then worry not because we have prepared a list of the full list of Derby County player salaries 2019/20.

Derby are a Championship club that was formed in 1884 and are based in Derby, Derbyshire, England. Commonly called the Rams, Derby are noted for being the 12 founding members of the Football League 1888. They were found by William Morley as an offset to the Derby County Cricket Club and spent most of it’s existence in the English top-flight.

The club’s home kit has been black and white since the 1890s. Their nickname, The Rams, is a tribute to its links with the First Regiment of Derby Militia, which took a ram as its mascot. Former Chelsea FC star and English international, Frank Lampard managed them last season and led them to the finals of the Championship playoffs, eventually losing to Aston Villa. They are currently being coached by Philip Cocu and are looking to have another go at Premier League promotion.

Derby’s home ground is at Pride Park Stadium where they have played since 1997. The ground seats 33,597 fans. The Rams are one of only ten clubs to have competed in every season of the English football league system.

Derby’s rivals are Nottingham Forest, Leicester City and Leeds United. Nottingham Forest, 14 miles east of Derby, is by far the fiercest rivals. Derby are known for having one of the most passionate fanbases in the country. They routinely sold out their ground when playing in the Premier League in 2007/08 and get very high average attendances, even in the Championship.

So here are the current – wages of Derby County players in the 2019/20 season.

Tom Lawrence is the highest-paid footballer in the 2019/20 Derby County team. The 25-year-old is one of their most important players, shouldering major offensive responsibilities for the team. He finished last season with 7 goals and 5 assists in 39 appearances.

The club adopted its traditional black and white club colours in the early stages. Since the 1890s, the club wore black and white colours. Fans also sing the famous anthem ‘Derby Ram’, which led to the club being nicknamed as “The Rams”.

Derby was among the dominant football clubs in England during the 1970s, winning the First Division twice i.e two times.

Watney Cup and Texaco Cup winners in 1971 and 1972 respectively.