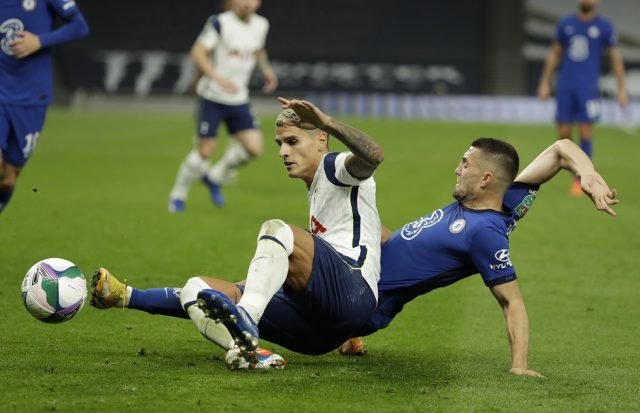 What will be the Tottenham Hotspur predicted line up for their clash against Chelsea?

Predicted Line up vs Chelsea will not be too difficult to guess. Jose Mourinho has put together a winning formula with his current squad that had taken them top of the league but are suffering now..

Spurs are now dangerous on the counter as expected from a Mourinho-led side while also very solid at the back. Eric Dier’s career seems to have been resurected under the Portuguese and Tottenham are looking like serious title-contenders this season.

In goal, we can expect Hugo Lloris to start with a defence line of four in front of him. Toby Alderweirald and Eric Dier should partner up in the heart of the Spurs backline while Matt Doherty and Sergio Reguilon provides cover from the flanks.

Pierre-Emile Hojberg should form the midfield pivot with Moussa Sissoko and Tanguy Ndombele next to him. The former Saints man has been exceptional since his arrival, controlling the midfield to perfection.

Giovanni Lo Celso could be introduced as a substitute later on.

Harry Kane is Tottenham’s best creater in the false nine position, however, he is not certain to start so it should be Lucas in that position. He allows Son Heung-Min to make the runs behind the opposition defences from the left.

Steven Bergwijn should be the ideal man to feature on the right.

Spurs sit near the top end of the Premier League but are rapidly losing pace. Chelsea are losing pace as well and trying to make a come back with Tuchel. Tottenham’s downturn in form comes after a summer of careful spending by Jose Mourinho who brought in effective players for cheap but clearly lack depth.

Now, he has unleashed a forward line which has devasted Premier League teams with their counter-attacking style and directness but teams are figuring them out now. Chelsea will find it hard to deal with Son.

Chelsea have been on a good run of form. The change of manager seems to be have given the team a new impetus. They are playing different football and formation has been changed.

For Spurs, their team has been very lucky with injuries in this busy fixture schedule. The players who have been in form are Kane and Son who have been unstoppable but now Kane is out.

Bale has stepped up and is back in training properly and has played a few minutes here and there.

See all Tottenham Hotspur vs Chelsea Head To Head results.

Ahead of Thursday’s clash between Tottenham and Chelsea, we look at the matches the two teams have recently played –

Tonight’s match only the 169th meeting between Tottenham and Chelsea. The Blues have won 72 games while Tottenham have managed 55 wins for themselves and the other 41 ended as draws.

You can read more about Tottenham Hotspur: