The World Boxing Super Series finals featured the best boxers of both cruiserweight and super middleweight weight classes. Eight boxers from both classes fought it out through a bracket format. Starting from four quarterfinal matches to two semifinals and the final. That makes 14 matches across both weight divisions. The winners of both finals will win the Muhammad Ali Trophy and the biggest share of $50 million. They will distribute the rest of the money among all 14 boxers depending on how they finish the tournament.

Winners earn $10 million each and they will distribute the rest of the $30 million as guaranteed payments to every other boxer. Here we look at the World Boxing Super Series finals prize money and dates.

Also check out our other articles on the prize money from the US Open, Formula 1, Wimbledon and the FIFA World Cup.

What is the tournament type of the World Boxing Super Series finals?

What are the weight divisions of the World Boxing Super Series finals?

The weight divisions in the World Boxing Super Series are Cruiserweight and Super Middleweight.

When does the the World Boxing Super Series Tournament Start & Finish?

What is the eligibility criteria for the World Boxing Super Series?

Only the very top-15 ranked boxers in each weight class will participate in the tournament. This means only the best Cruiserweight and middleweight boxers.
World Boxing Super Series (WBSS) Tournament Details are as follows: 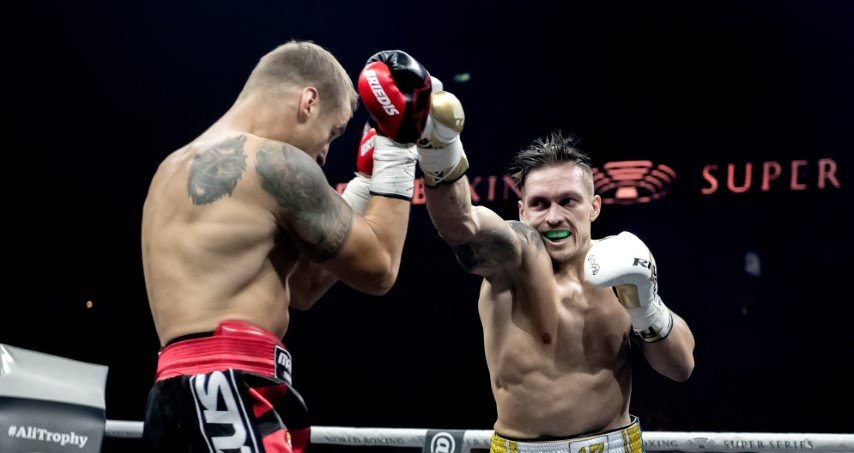 Ukraine boxer Oleksandr Usyk will fight Russian Murat Gassiev in the cruiserweight final of the World Boxing Super Series tournament.
Usyk, 31, is the WBC and WBO champion while Gassiev, 24, has the WBA and IBF belts. So this fight will decide all four belts.

Each fighter started the World Boxing Super Series with one world title belt each. But both picked up a second title during the knockout tournament. The fight will decide all of the belts in Moscow’s Olimpiyskiy Arena.

The winner will be the first to receive the Muhammad Ali Trophy.

In an all English affair, George Groves will fight Callum Smith in September 2018. Groves had an injury after the semifinal win over Eubank Jr which has delayed the final fight. Groves will put his WBA title on the line when he faces Smith. It should be a great match!

ESPN’s Dan Rafael suggested pre-tournament that, ‘The lure of perhaps as much $1million for the quarterfinal fights should go a long way toward attracting competitors.’

On the off chance that this were the situation, and if all things were equivalent, quarter-finalists could be bringing home $1m every, semi-finalists $2.5m each and finalists rejecting over a $8m handbag. In any case, things are infrequently equivalent in boxing and it appears to be incredibly impossible that specific contenders would consent to a similar satchel as their adversary.

Josh Taylor and Regis Prograis will fight it out for a £4m prize store at the Muhammad Ali trophy this end of the week.

Both Taylor and Prograis have just gathered over £1m so far in advancing toward this present season’s light-welterweight decider.

Be that as it may, the additional impetus to lift the trophy just as turning into a brought together champion is the tremendous money prize on offer.

WBSS guaranteed huge cash prizes when it began in 2017 with a prize pot of around £38m.

That figure has been somewhat dropped this season while the transition to three loads as opposed to two has implied the cash is progressively spread out.

However, it is as yet tremendous cash for the two contenders to acquire consider their past pay parcels before entering the competition wouldn’t have approached.

The prize reserve on offer and the Ali trophy implies that a fourth judge will be ringside for the battle to choose the champ if the fundamental three authorities call it as a draw.

Mike Tyson Net Worth 2022: What is Mike Tyson’s net worth?