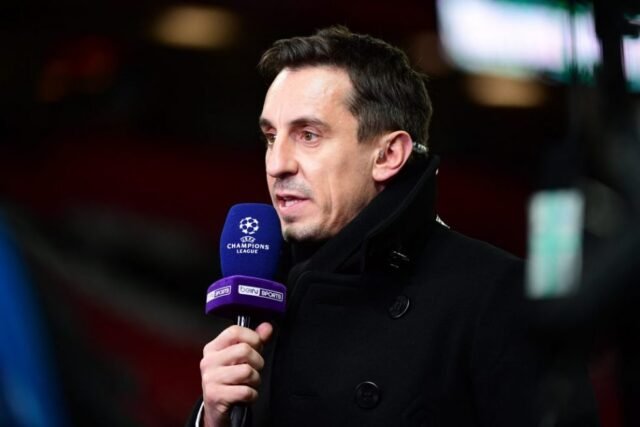 Neville shared his halfway predictions for the Premier League top four this season.

He also talked about his favourite club Manchester United. He feels Erik ten Hag are not the title favourites but they will finish in the top two.

Neville thinks Man City are too strong to dismiss this early on in the season. He thinks City’s hunger could be questioned after winning the league in back-to-back seasons, with the Champions League being the one trophy Pep Guardiola’s side has been unable to win.

On Monday Night Football, Neville shared his halfway predictions for the Premier League top four this season. He believes City will win the trophy for the third straight time, with United runners-up, Arsenal third, and Tottenham stealing the fourth spot.

It’s great to see neither Liverpool or Chelsea part of the conversation!