David Beckham net worth is going to be skyrocketing! The first player to properly market himself and monetize the concept of a player as a brand – David Beckham, changed the marketing aspect of football forever!

He was a star both on and off the pitch and is possibly the most popular footballer ever – if we count both football and non-football population!

Beckham has less fan following on social media than the current stars since he retired from the game before the major onset of social media stardom. However, he will always be the pioneer of any media content getting obsessed with footballers!

Let us look up the most commonly questioned facts and stories of Beckham’s life!

David Beckham’s net worth is reported to be at a staggering $450 million! The former England captain has had a glamorous life and has led it with charm and zeal. He is also proving to be quite the businessman as he staggers up, even more, $$$ by the day.

When Beckham moved to the MLS and played there for six seasons, it is reported that he was one of the highest-paid footballers in the world. Back then in that pay, he earned a total of $255 million over six seasons. When he played for PSG after that, he reportedly earned $50 million annually again!

Beckham has multiple business, one of which, the Beckham Miami United group saw Beckham exercise his right to buy an expansion team in the MLS for $25 million. He bought Miami and they were named Inter Miami. In 2019, Beckham Miami United pledged to finance a new stadium for $250 million which can seat 20,000 fans!

In May 2019, Beckham through his investment vehicle Beckham Brand Holdings, spent $50 million to buy out team investor Simon Fuller (creator of American Idol). The purchase price valued the team alone at $150 million

Forbes obviously has a detailed history on Beckham’s salary and earnings! They have an idea that the sum of $450 million is not Beckham’s alone but also that of Victoria Beckham. They agree with the other details about Beckham’s business groups!

We get other details like Beckham’s 1999 house, which he bought with Victoria Beckham while at Manchester United cost them $3.3 million and made a $4 million renovation on it.

Beckham reportedly has 14 businesses of his own ranging from real estate, to football groups to underwear and perfume lines! His net worth is though reported at $450 million – albeit together with Victoria Beckham!

The couple have been together forever now. They got together during Beckham’s days in Manchester United in the late 90s when Victoria was a popular pop artist in a band called Spice Girls. They have four children now and are very happy together. The power couple are both excellent in professional and personal life. They both have joint and separate businesses and have made good diversification of their money.

They have a total asset of $450 million according to reports, a number expected to keep growing!

As of 2020, the number stands at $450 million in various assets. However, once David Beckham’s Inter Miami gets underway properly, we can expect that number to jump up rather fast. It is unfortunate that he played in the game before the money got so excessive. Back in the 2007, Becks commanded an annual fee of $50-60 million.

David Beckham is surprisingly fourth on the list despite being retired! He has more followers than the likes of Eden Hazard, Mo Salah, Gareth Bale, Gerard Pique and in fact everybody else!

David Beckham has lots of paid sponsorships for his Instagram posts. It is reported that by estimates back in 2019 February only, Beckham used to earn $300,000 per paid post on Instagram! The number has surely increased now that his followers have increased by 25%

From his hair to his tattoos, to his underwear – everything David Beckham does is sponsored or at least it seems so. David Beckham has a style that is unique and hence he is one of the finest styled players ever. He reportedly sponsors over 25 brands at present and is the Brand ambassador of 13 of them! That does drive in an extremely well-oiled source of money besides him sponsored by sports brands!

In his initial vocation with Manchester United, Beckham lived in a four-room house that he purchased as a 20-year-old in 1995. In 1999, David and Victoria Beckham purchased what turned into their most celebrated home for $3.3 million; the property, which is determined to 24 sections of land of land, was given a $4 million redesign and was in this manner named Beckingham Palace by the media.

In 2007, the couple purchased a six-room, 10 restroom Beverly Hills manor for $18.7 million, which they sold in 2018 for $33 million. They additionally claim a $4 million home in the south of France just as a house in West London’s chic Holland Park neighborhood that they purchased for $41 million out of 2013. In 2016, they purchased a changed over animal dwellingplace in the rustic town of Great Tew in the Cotswolds territory, two hours outside of London for about $8 million.

It is futile to explain and awe anymore on how many stylish two and four-wheelers he has. Just check the list and sigh: 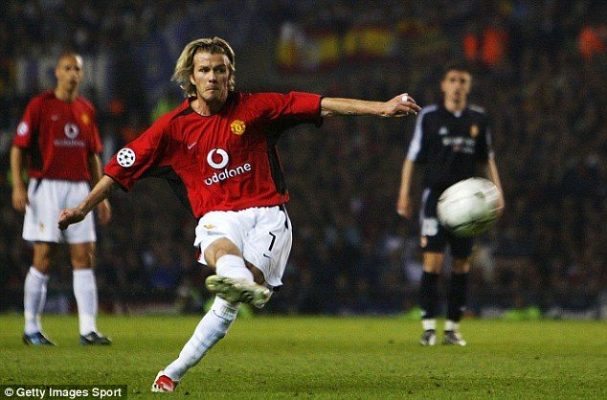 Beckham reportedly earned $50 million of an annual salary in PSG back in 2013! Eden Hazard at present earns $39 million! At MLS, he earned $255 million in six seasons. Prior to that he was a Galactico at Real Madrid where he earned $25 million a year back in 2005! He was the highest earner in a squad that contained the likes of Zinedine Zidane and Ronaldo and Raul and Luis Figo! It was only in Manchester United, where he came through the youth ranks, that his salary was not the biggest.