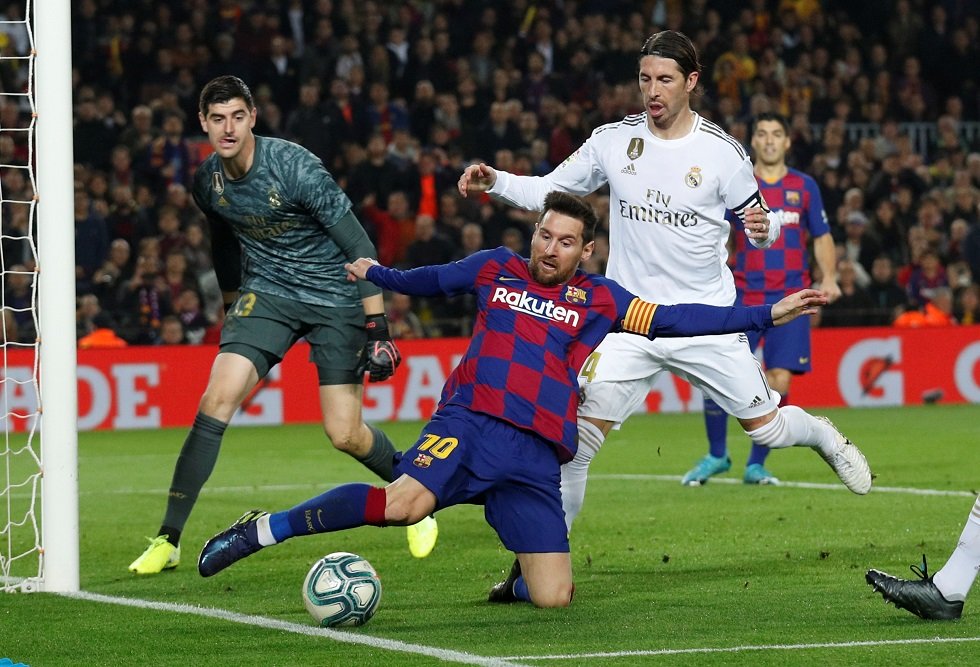 El Clasico is tonight! So what are the El Clasico predictions? The biggest game of the Spanish season is upon us. La Liga welcomes Real Madrid vs Barcelona tonight and fans from both sides are gunning for a win.

So what are some of the predictions from the Real Madrid and Barcelona fans!

Check it out! Watch & Bet on El Clasico here =>

“Call me an optimist, but I think Real Madrid turn it up and play to their full potential on Sunday night in front of the home fans. The atmosphere will be conducive to a display full of heart, with the likes of Karim Benzema, Isco, and Toni Kroos leading the charge in the attack. Real have the talent in the attacking end, and they’ll use it fully. Vinicius Junior will have a Man of the Match performance as Los Blancos win 2-1.”

“It’s a very bold prediction but that’s exactly what Real Madrid need to be for this match. We’re in a rough patch where a lot of little things are going wrong and it’s hard to overturn it. However, a win in a game like this can turn our season around and give the team much-needed breathing space. I think we’ll see a formation change from Zidane on Sunday night. Either way, I think Real Madrid will win this time around, but it’ll definitely be a nail biter!”

On the other hand, Barcelona fan Ali Malik is backing an away win.

“Feeling highly skeptical, I thought Hazard’s return would give them a great boost for the rest of the season and that they had done well to survive without him. However with him gone, and the team looking jaded I think they’ve run out of gas both physically and mentally.”

“A lot of Barcelona players, most notably Messi, relish this match and so we are in a better place right now compared to them so I expect us to be the positive team here and them to be the ones suffering. I think it’s time to take hard decisions and move on from a large list of senior player who are lacking the requisite ambition and hunger to help us compete in difficult matches over a full season, though.”

“Real Madrid are going through a bad patch of form and the defeat to Manchester City will still be fresh in players’ minds. This is the same squad which was the best defence in Europe just a few games ago and now they are back chasing us in the league and have a mountain to climb to get through the next round of Champions League. What I have learnt over the years is there are no favourites for the Clasico.”

Barcelona vs Real Madrid betting odds today – who will win according to the betting odds?

In goal, we can expect Ter Stegen to continue. He has been a pillar for Barcelona. In defence, we can expect to see Nelson Semedo at right back, Firpo at left back. Gerard Pique should he be back will be partnering Lenglet in defence.

A three man midfield with Frenkie De Jong and Sergio Busquets can be expected at the base and Ivan Rakitic making it three in midfield.

In the wings, we can expect the magnanimous Arturo Vidal on the right and Antoine Griezmann on the left while Lionel Messi plays down the centre.

In goal, we can expect Thibaut Courtois. He is slowly but steadily getting back to his best. In defence on the wing back slots we can expect Marcelo and Dani Carvajal. While Sergio Ramos will be leading the team, he will be partnered by Raphael Varane in centre back.

A three man midfield with Casemiro can be expected at the base with Toni Kroos and Frederico Valverde making the play ahead of him.

In the wings, we can expect Rodrygo and Vinicius to tear up Barca defence with their pace and aggression while wily old Benzema can be leading the line. He has been brilliant this season in terms of goals.

Real Madrid will still be without Eden Hazard. Marco Asensio remains out. James and Luka Jovic have been left off the squad as well, with Jovic being replaced by Mariano for this match.

Barcelona have their share of injuries as well. They remain without Sergi Roberto, Ousmane Dembele and Luis Suarez.

There are no suspensions for either club in this edition of El Clasico.