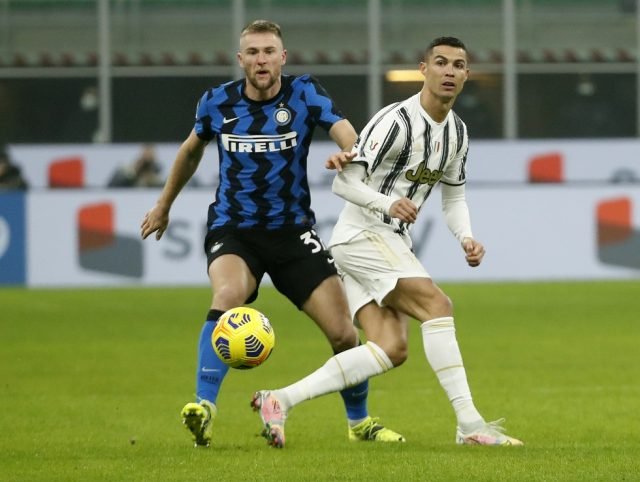 Juventus line up will be tricky to tell. Juve boss Pirlo might make some changes in the squad and hence the predicted line up can’t be too easily guessed. So let us see:

In defence, Buffon should return to goal for cup duty. De Ligt and Demiral are the natural choices at centre-half while Cuadrado and Danilo provide cover from the flanks.

A three-man midfield Bernadeschi, Bentancur and Arthur Melo should feature over Aaron Ramsey and co.

In the wings, we can expect Chiesa with Kulusavski and Cristiano Ronaldo up front as a striker. CR7 scored twice last time out.

Handanovic is the natural pick in goal behind a backline of three. Skriniar, Bastoni and De Vrij should shield their goal line with full-backs Achraf Hakimi and Ashley Young featuring alongside.

Barella and Gagliardini should be partnered by Christian Eriksen as the deep-lying playmaker.

Romelu Lukaku and Martinez should lead the team’s attack.

Juventus has seen an upturn in form since the break of the year. They have won six in a row and has propped up to the third spot in Serie A.

Inter have not won away to the Bianconeri since 2013. Conte’s men put aside Fiorentina  the last round but face a serious challenge against their rivals now.