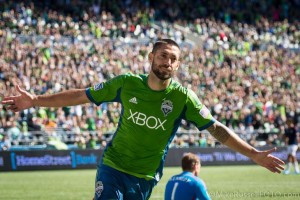 The 32 year old is currently earning $6.7 million playing for the Seattle Sounders making him the 2nd Highest Paid Player in the MLS

Finally the top dog on the Top 10 Highest Paid MLS Players 2015 is 2007 Ballon D’or winner Ricardo Kaka, popularly when for his wonderful work with AC Milan a team he played for when he won the FIFA Ballon D’or before joining Real Madrid for a fee around £65 million in 2009 which made him part of the Most Expensive footballers in the world. After a bad career with Real Madrid a career filled with injuries Kaka joined AC Milan in 2013 before going to Sao Paulo on loan and finally joining MLS side Orlando City a club he is currently playing for and is earning $7.1 million per year making him the Highest Earner in the Major Soccer League.