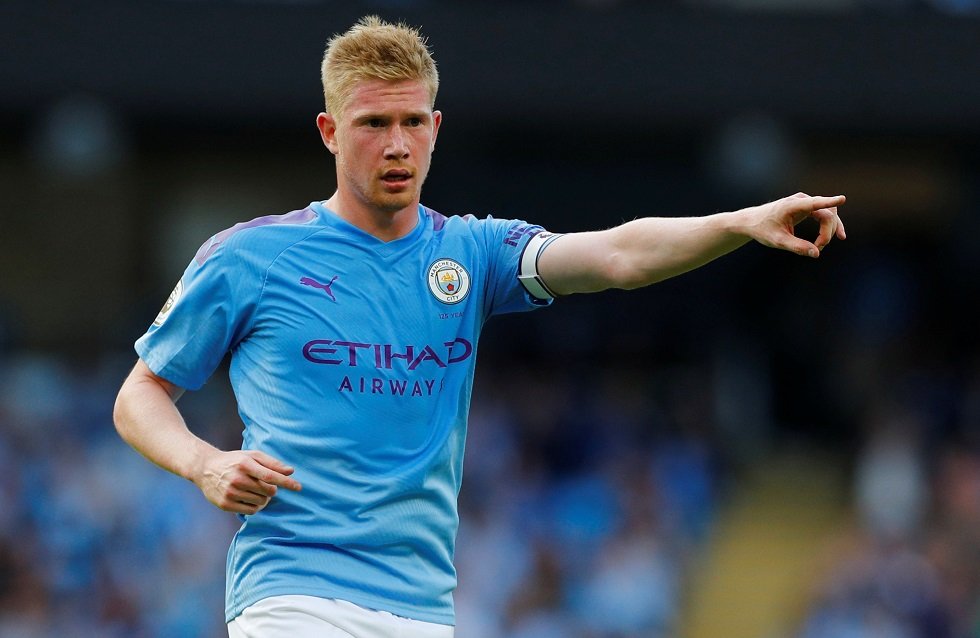 The Sky Sports pundit, like many fans, was taken aback by the level of skill De Bruyne showcased during Saturday’s 2-2 draw agains Tottenham Hostpur. Pep Guardiola’s side has been boosted by the Belgian’s return to full fitness. Even though the Citizens have fallen behind Liverpool in the title race, Neville believes they will only continue to get better if De Bruyne manages to escape further injury.

“They will do (get better) if he stays fit,” Neville said on Monday Night Football. “I like watching tactical games and I never tend to get overawed watching individual talent but he mesmerises me watching him. He is the type of player who is so good, he’s world-class, and on Saturday for that first hour it was stunning.”

The former Manchester United player was not shy on praising De Bruyne and even compared him to former English greats like Steven Gerrard and David Beckham. “His positions are always good but I use the names David Beckham and Steven Gerrard because they are the two best crossers of the ball I’ve seen from the right-hand side in the Premier League and De Bruyne matches them in terms of the quality he delivers and that is high praise,” Neville continued.

“He is intelligent, the timings of his moves are perfect off the ball and you’re never in doubt that the ball is going to go exactly where it should do. It isn’t a cross, it’s a pass. For me on Saturday for about an hour he was unplayable and it took me back to playing with the best crosser of the ball I ever played with, which was Beckham. Even from deep positions, the crossing was out of this world.

“De Bruyne is repeating the level of quality and precision from that inside right channel that Beckham produced for United and that is something I didn’t think I’d see again in the Premier League for a long, long time.”