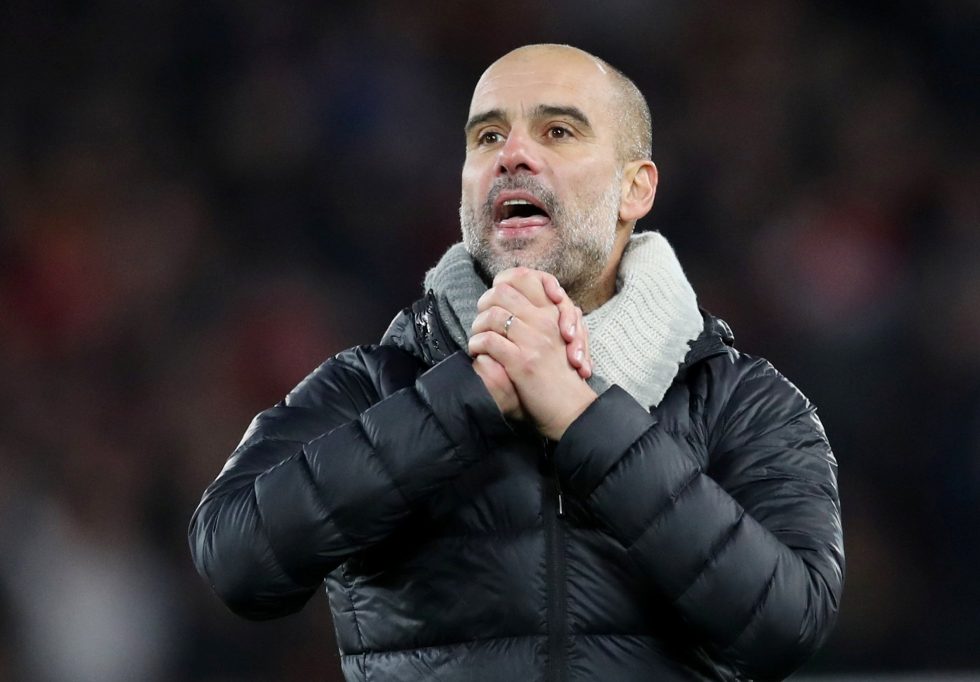 Manchester City are set to host Arsenal in their first return fixture in front of an empty Etihad Stadium.

The absence of fans is bound to have a psychological effect on the players as much as a jam-packed schedule can have a physical toll on them. Guardiola understands that the circumstances are all the same for every Premier League outfit.

“We are going to play and we will adapt as quickly as possible,” he said during a video conference with journalists on Tuesday afternoon. “They [the players] came back really well. We have absolutely no complaints. But the way we are right now, like other clubs, we don’t know.

“Tomorrow we will see the level of the team and from there we will see what we can do better. All the teams in the Premier League have just three and a half weeks. We know it isn’t enough, but it is what it is. Everyone suffered this situation, personally and economically, and we have to adapt. They are training well, but I don’t know exactly their condition.”

Guardiola is concerned about injuries through this very rigorous month of league football. He added, “Yes [I’m concerned about the injury risk]. We are ready to play one game, but three days after another and four days after another…we are not ready. We have to rotate and use all the players. The players are in naturally good physical condition. You can play two weeks’ holiday – but not three months. But we have to start the season.”