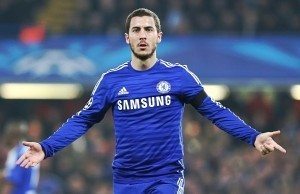 Currently having a bad season with Chelsea football club, Eden Hazard is undoubtedly one of the best players in the world and is only 25 years of age, he finished 8th in the race to the FIFA Ballon d’OR for 2015 beating Premier League rival Alexis Sanchez but failing to beat Cristiano Ronaldo, Lionel Messi and Neymar Jr.

The Belgium wizard won the PFA Player of the Year last season as he helped Chelsea win the Capital One cup and the Premier League under the management of Jose Mourinho who is now nolonger at the club.

With this potential Eden Hazrad has no doubt he will be in the 2020 Team of The Year.