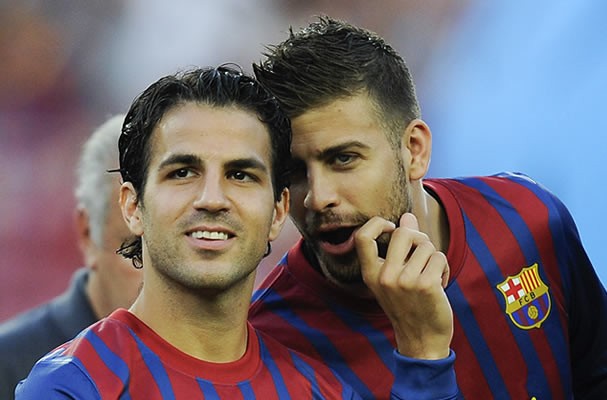 In sixth on the list is Cesc Fabregas and Gerrard Pique. The two have been best of friends since their Childhood and upto to now the two are still friends. Rumor has it that Fabregas joined Barcelona because of the advice given to him by former teammate and best friend Pique. Despite being at different clubs at the moment the two still play together while representing their countries.