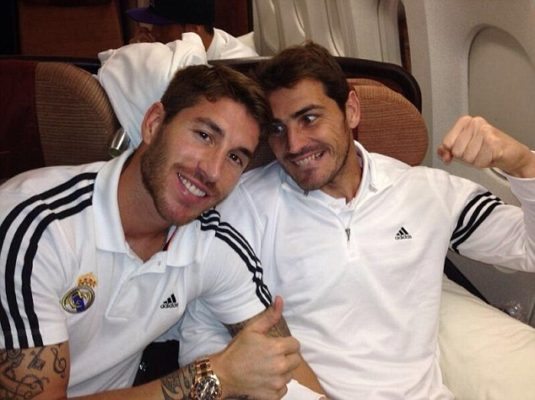 Having played for so long together both for Real Madrid and the Spanish national team has seen them develop a special bond together but it’s sad the two have to separate as Iker Cassilas joined FC Porto from Real Madrid at the end of last season. Sergi Ramos and Iker Cassilas were all part of the Spain team that won the 2010 FIFA World Cup in South Africa.