Who are the Top 10 Highest goal scoring defenders? Their main job is to prevent players from scoring goals, but some defenders just can’t help but score themselves and these next 10 defenders are ones that just love to find the back of the net.

Commonly praised for their hard-work and their tough tackling, some defenders can be known to score the odd beauty. Remember Roberto Carlos?

So Silly Season thought today would be the day we look into the defenders who have scored the most goals in the past decade of football. It can be any competition, any level and in any game, we just want to see what defender has the best eye for goal.  Lets begin at number-10 whis is one of the best goal scoring defenders. 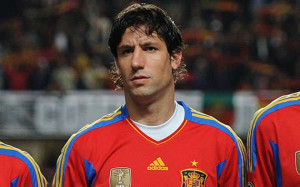 Starting off the list of Top 10 Highest Scoring Defenders in The Last 10 Years is Spanish veteran Joan Capdevila, who has scored 23 goals in the last 10 years.

Capdevila is commonly known for his stints in Spain with Deportivo La Coruna and Villarreal as he went on to make well over 100 La Liga appearances for both clubs.

Now 37-years-old, the defender is playing for Belgian Pro League side Lierse SK.