Which are the Top 10 Most Overrated Footballers Right Now? There are a lot of Footballers in this world some stand out as champions, and some just merely stand out, and gain football fame for the small amount they contribute to the game, others become more of a product in the end, one thing we can be sure of is that we can spot an underrated player all the time, the question is though, why can’t the Managers spot the underrated players? For this reason we have put together a list of the most overrated football players in the world. Later we will compile a list with Top 10 Most Overrated Footballers of all time.

Top 10 Most Overrated Soccer Players Of All time

So checkout our list with the Top 10 Most Overrated Soccer Players in the World 2014-2015 which is our VERY controversial edition. 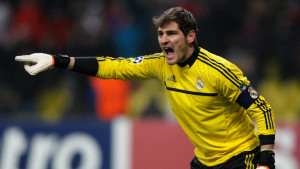 At one stage he was classified as one of the best goalkeepers in the world. However that was short lived as he kept dropping down the ranks at Real Madrid due to his poor performance with Madrid and the World Cup proved he is not up to the task. We consider Iker Casillas as one of The Most Overrated Football Players 2014.