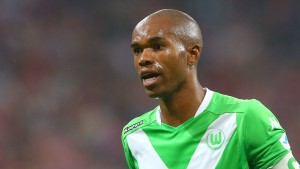 In second place is another Bundesliga defender.

Naldo just misses out on top spot by three goals, but the Wolfsburg defender won’t mind sitting in second place on our top-10 highest scoring defenders of the past decade.

Commonly known for his long-term spell with Werder Bremen, Naldo completed his move to Wolfsburg in 2012 and has been a crucial figure ever since.

So far, he’s netted 15 goals for his new club in the three years he has been there.