The transfer window slams shut in under a month’s time, so teams will have to pick up the pace if they want to complete signings and get deals over the line.

We are in full on transfer mode with rumours, speculation and deals being done all across the globe, but today we are going to focus on 10 potential deals that could take place involving the Premier League.

Whether that be players joining an English club, or players leaving a club, we are going to look into 10 deals we think could happen before the window shuts.

It’s always tricky finding out what’s legit and what’s paper-talk, but here is our list of 10 transfers to look out for and 10 players we think could leave the Premier League, or arrive into it.

NOTE: These are in no particular order 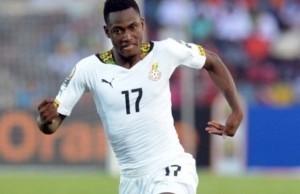 It’s been talked about a lot in recent weeks and with some reports claiming it’s basically a done deal, this is one transfer we think will happen.

Chelsea are in the market for a left-back after losing Filipe Luis to Atletico Madrid, and Baba Rahman is the reported player they have highlighted.

The full-back currently plays at Augsburg in Germany, but has already agreed personal terms with the Premier League champions, according to reports.

Augsburg and Chelsea are still yet to agree a transfer fee however, and that is what’s stalling the move.

However, we think this one will be completed before the window shuts.