Silly Season rounds up the best signings on deadline day. For those of you who have not been following transfer deadline day all day, where have you been?

Jim White has been jumping around like a jack in a box, but in truth it has not been as manic as some would have expected. 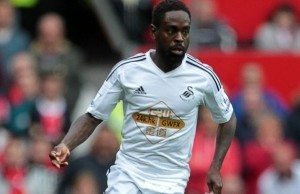 A deal that went through an hour after the deadline, but it could be a very good signing for Leicester.

Dyer had fallen down the pecking order somewhat at the Liberty, with the likes of Montero, Routledge and Andre Ayew keeping him out of Garry Monk’s starting XI.

Marc Albrighton has started the season very well for the Foxes, so Dyer won’t walk straight into Claudio Ranieri’s side.

But his rapid pace will cause defences problems, and his delivery from wide areas will give plenty of chances to Jamie Vardy and Shinji Okazaki.