Country with most Champions League titles

Surprisingly next season’s competition is nearly underway due to all the early qualifying rounds, but the proper competition will get underway in a couple months time. Watch & Bet Football Live =>

Country with most Champions League winners

So it’s time to look back at previous competitions and list previous winners and what country has had the most winners during it’s entire history.

In recent memory it’s been either Spain or England, but what about during it’s early stages? Or during the mid 90s? Well it’s time to find out!

The Country with most Champions League titles ever!

Starting our list at number-10, and working our way down to that illustrious number-one spot.

Top 10 Countries with most Champions League titles since 1992!

Here we look at the Countries with most Champions League titles since 1992! Watch & Bet Football Live => 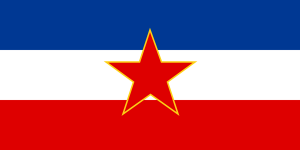 Didn’t expect this did you?!

Back in 1991, Red Star Belgrade stunned the footballing world when they beat Marseille in the European final (before it was technically named the Champions League.)

The game ended 0-0, but it was Red Star who lifted the trophy after they beat their French opponents 5-3 on penalties.

Ninth on the list with one Champions League trophy is the country of Romania.

Back in the 1986 final, Steaua Bucharest beat La Liga giants FC Barcelona via a penalty shoot-out.

After 120-minutes it remained goalless, but after a dismal shoot-out, the Romanian outfit lifted the trophy thanks to a 2-0 shoot-out win.