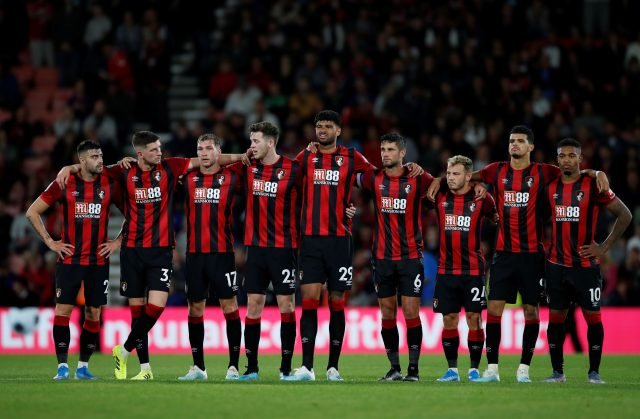 AFC Bournemouth Football Club is a Premier League club who are based in South England. They got promoted to the league in 2015 and therefore are relatively new to the Premier League, and have just completed their 2nd ever season in the league. They are doing well and establishing them as a solid Premier League side.

AFC Bournemouth Football Club’s nicknames are The Cherries and as a result the club predominantly play in Black and Red, which are the colours of a Cherry. These are the famous colours of AFC Bournemouth.

The rivals of AFC Bournemouth are Southampton and Portsmouth since those clubs are also near the South-Coast of England. They finished just below Southampton in the Premier League this season, level on points but behind on GD. As a result, the gained less prize money this season.

The top level of English football is where AFC Bournemouth Football Club plays. AFC Bournemouth were a relatively unknown club just a few years ago, but they are building a bigger fanbase and reputation. Their home ground is known as Dean Court, or The Vitality Stadium for sponsorship reasons.

They have been playing at this stadium since 1910. It is a very old ground and the capacity is small. There is a 11,000 seat capacity. They will look to expand their stadium soon if they can sustain their Premier League status.

The manager of AFC Bournemouth is Scott Parker. He earns £750,000 per year on his contract.

Things You Need To Know About AFC Bournemouth:

As you can see, the wages aren’t that high as they haven’t had financial input from the Premier League for a very long time. They will look to bring in better players this summer, perhaps on higher wages, as they look to continually sustain their PL status.

How much does Jefferson Lerma earn?

What is AFC Bournemouth’s yearly wage bill in 2022?

What did Bournemouth pay for Lewis Cook?