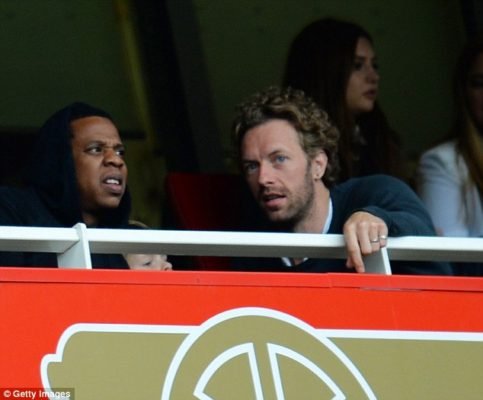 Arsenal are a massive football club, there is no question about it. But the Gunners’ stature in world football is quite incredible when you see the list of celebrities who have a fond association with the club. So here are the well-known and most famous celebrity Arsenal fans list. Watch & Bet Football Live =>

Supporting a team is no longer about going down to your local club on a Saturday afternoon anymore; the commercial nature of the game has opened up supporting Arsenal, like so many other big clubs worldwide, to people across the globe.

Usain Bolt is a Manchester United fan, Mike Myers a supporter of Liverpool, Will Ferrell a fan of Chelsea, the list goes on. Here we will look at the most famous Celebrity Arsenal fans in the World.

Here at Silly Season, we bring you the list of celebrity Arsenal fans from around the world. Watch & Bet Football Live =>

Piers Morgan is on the list of celebrity Arsenal fans 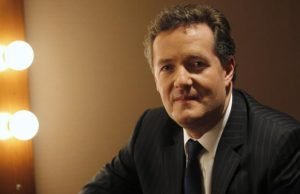 You probably took a double take when you saw Piers Morgan on this list, but there’s a reason for it.

Hated by many on social media, the journalist is never shy of calling out Arsenal players, or the manager, on Twitter, criticising Arsene Wenger’s decision making or questioning the board. But that’s why he’s so well known.

Gary Lineker, it’s fair to say, is probably not his biggest fan on Twitter. But Morgan is a big fan of the Gunners – at the end of the day his endless moaning is only because he cares, after all! Watch & Bet Football Live =>

Jay Z is on of celebrity Arsenal fans list 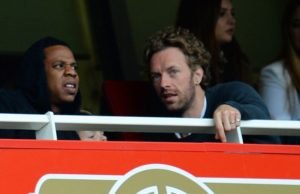 Perhaps less embarrassing for general Gunners fan is that they can claim to support the same team as American rapping sensation Jay-Z.

But the 46-year-old, as previously claimed, not only supports the team but also previously declared he wanted to hold shares in his beloved Arsenal.

Jay Z reportedly said: “I never want to be a back-seat investor. I want to be on the board, involved in the decision-making… I’m at the stage of my career where I am ready for another investment like this.

“I have really got into soccer over the last 10 years and I’ve been saying for some time I want a percentage of Arsenal.”

The question is: would he make as good a board member as he is a rapper? Watch & Bet Football Live =>

Spike Lee is another celebrity on our famous Arsenal fans list 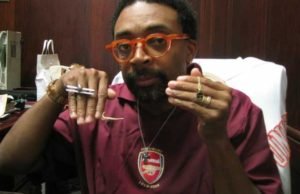 A friend of Thierry Henry’s has to support Arsenal, right? Well that is the case with American film director, producer, writer and actor Spike Lee.

As another fan from across the pond, it’s reasonable that the 59-year-old only makes a few visits to the Emirates in a year. But that’s still good for a Gooner who is from another part of the globe.

Dido is another celebrity on our famous Arsenal fans list 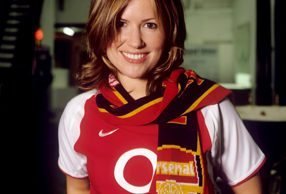 From the age of three, Dido was taken to watch Arsenal at Highbury with her dad and has carried that on at the Emirates.

Less prominent in the music charts these days, but more than likely prominent in watching Arsene Wenger’s men on a Saturday afternoon or Tuesday night. 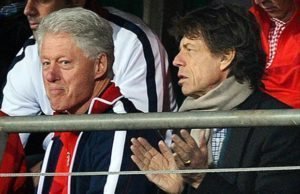 In all honesty, the 73-year-old should be supporting Jurgen Klopp’s Liverpool, for the German’s ‘heavy metal’ football. But, in terms of locality, it’s understandable why the Dartford-born Rolling Stones star chose Arsenal instead. 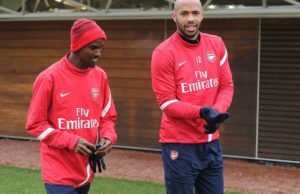 Mo Farah is not often, if ever, seen with a ball at his feet. Still, what would we do without him on the athletics track?

But despite his success coming on the track, he’s a big football fan – and of Arsenal in particular.

Farah was quoted as saying: ‘I don’t think I’d be any good at playing, but I’d like to help out at the Gunners for sure.

“I was talking to my wife the other day and I said: ‘I’d make a good fitness coach for the team or something. I could try to help players if they were injured or going through hard times, be able to do little things with them.’ Watch & Bet Football Live => 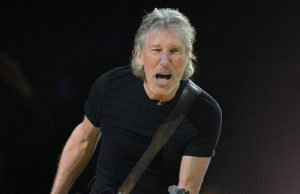 In fact, this celebrity Arsenal fan selection could form a band of their own!

At 73 years of age, it’s fair to say he’s probably been supporting Arsenal for some time. 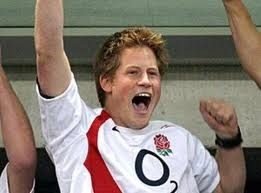 Celebrity? Hmm… he qualifies, seeing as he’s a prince! Harry is yet to be spotted in the red of Arsenal – hence the reason why we’ve gone for his alternative sport, rugby, instead for this image. Perhaps none of the royal family would admit to being an Arsenal fan, considering their lack of glory over the past ten years or so.

However, the prince is arguably the highest profile ‘celebrity’ fan of the lot, considering his status, or is he…. you’ll soon find out.

He’s been a long-term Arsenal fan, going back to their days at Highbury and since following them at the Emirates. 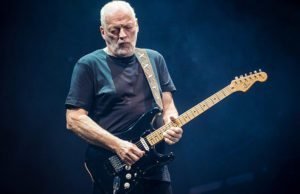 Yes, yet another former band member who supports the Gunners.

What is about Arsenal that attracts musical artists? We’ll never know.

The former Pink Floyd guitarist’s decision to support the north Londoners, though, is a logical one. Having been born in Cambridge, it was the 70-year-old’s closest Premier League club.

He is also one of the best guitarists of all time so it;s an honour that the Pink Floyd member supports Arsenal FC. Watch & Bet Football Live => 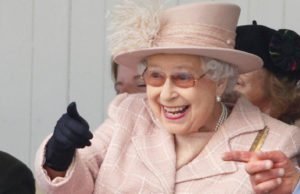 Saving the best until last.

Luckily, it is relatively well known that Queen Elizabeth II supports the Gunners, otherwise we would fear you wouldn’t believe us.

It is understood Queen Elizabeth is a big fan of Arsenal, although her attendance is understandably very low – if she’s even attended a match at the Emirates before?!

Ultimately, though, no club could have a better fan than the queen herself. Even if you won’t find her down the pub prior to the match or chanting from the stands.

“It seems the Queen follows football, and she told us she was an Arsenal fan.” said former Arsenal midfielder Cesc Fabregas. “She appeared to definitely know who I was, and we exchanged a few special words.”