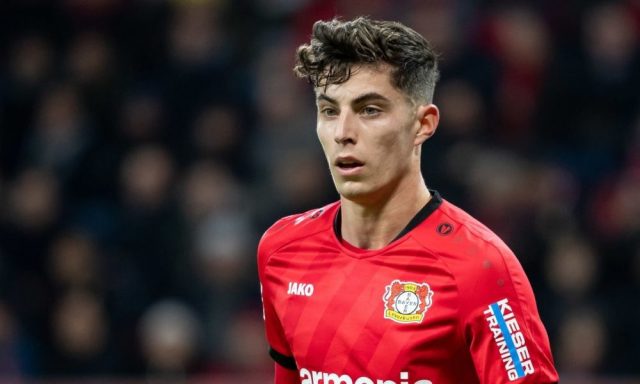 German prodigy Kai Havertz has been linked with a move away from Bayer Leverkusen in recent months.

This made many clubs interested with the youngster. Of all the clubs, it was the west London side Chelsea who stayed strong in the hunt for Havertz.

After a valuation of £90m for the German, many clubs gave up on pursuing Havertz due to the financial effects brought by the COVID-19 pandemic. However, the Blues seems to not have a problem with the price even though they didn’t agree to the asking fee immediately.

They reportedly attempted to lower the asking price of £70m, but the club management refused such an offer. Leverkusen sporting director, Rudi Völler reiterated that such price doesn’t justify Havertz’s worth as a promising young star. He added that there is no such thing as “coronavirus discount” for the likes of Havertz.

With such remarks, Chelsea didn’t give up, bidding for £80m plus “add-ons” for the German. Football transfer insider, Fabrizio Romano confirmed that Leverkusen accepted the bid and has reached an agreement with the west London club.

Things took a slight turn when Leverkusen reportedly held on finalizing agreements on the Haverts talk until they find a reasonable replacement for such talent.

The developments on this matter has caused both eagerness and distress to Chelsea fans around the globe. They are eager for to see Havertz in a Blues jersey but are also concerned over how long it has taken to finalize a deal.

Is Leverkusen playing mind games with the Pensioners? Possibly. It seems that the German club is bearing a heavy heart in letting Havertz go. This may be a way to make Chelsea give up in pursuing Havertz.

Chelsea, being the only club ready to pay such a huge fee for Havertz, will surely do everything to get their priority target signing. It has been evident that they are focusing on finalizing the Havertz deal over finding a new goalkeeper, an avenue where they struggled last season.

With fresh reports that Kai Havertz failed to attend Bayer Leverkusen’s fitness test, Chelsea fans are hoping that the transfer saga will soon end. With certainty, fans are very hopeful that the wait was all worth it.