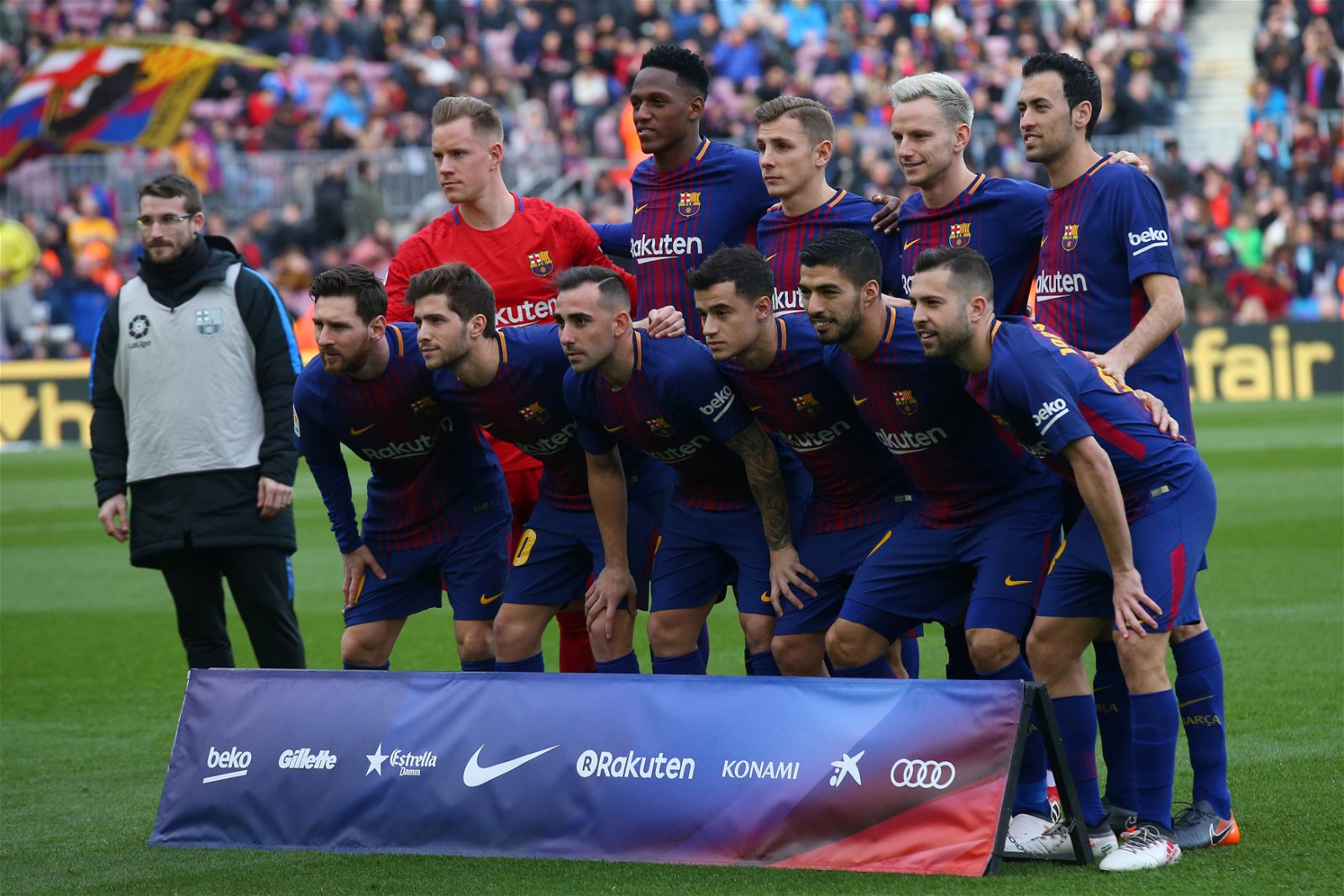 Barcelona FC new player in and out 2017-18. Here is the Barcelona Squad 2017-18. The Blaugrana are looking to regain the La Liga title this year after Real Madrid were triumphant in 2016-17. Many are pessimistic about their chances after Neymar’s departure to PSG, but they still have one of the best squads in the world.

Barca have enjoyed great success in the last 15 years or so. They won the treble in both 2009 and 2015, as well as multiple La Liga and Champions League titles. In Lionel Messi, they also boast possibly the greatest player ever to grace a football pitch.

Fans were not shy in voicing their displeasure at the club’s summer transfer activity, and there is a lot of pressure on the board in particular. Neymar was allowed to leave for a world record €222m fee, but they did spend money as well on the likes of Ousmane Dembele, Nelson Semedo and Paulinho.

Under new manager Ernesto Valverde, they will be expected to challenge for the three major titles despite Real Madrid being the favourites for all three. They have started the season well, but were thrashed by their eternal rivals in the Spanish Super Cup. Can they silence the doubters and win something in 2017/18? 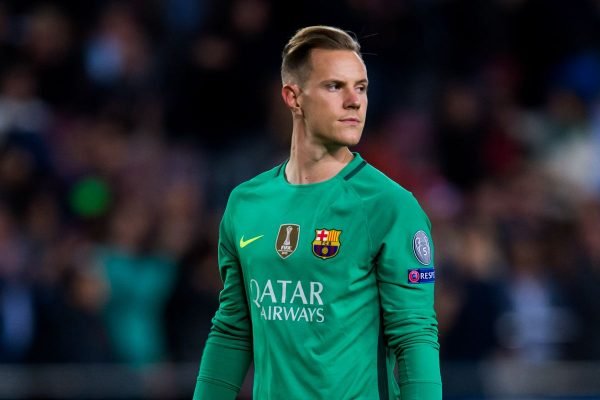 Barca have two solid young goalkeepers in Ter Stegen and Cillessen. The German has really come into his own in the last season or so following Claudio Bravo’s departure. At 25 he will only get better, and his ability on the ball makes him the perfect option for Barcelona and their possession-based style of football.

Cillessen was number one at Ajax before making the move to Barca last summer. He plays mainly in the Copa del Rey and sometimes the Champions League. At 28 he is still young for a goalkeeper, although whether he will be content playing back-up for the prime years of his career remains to be seen. 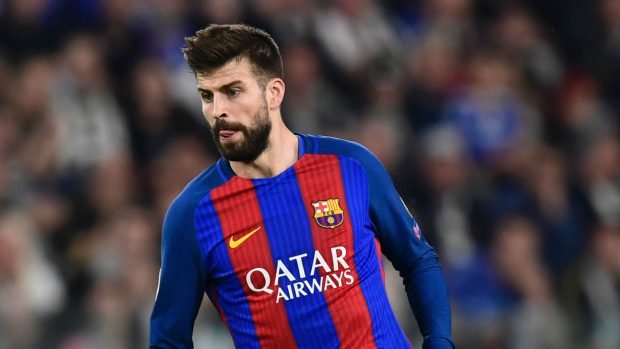 Barca’s defence has been criticised in the past, but they have a lot of strength and depth in their backline. Gerard Pique is the undisputed leader of their back four and one of the best centre-backs in world football. Samuel Umtiti has also been an unqualified success since his signing from Lyon last summer.

New arrival Nelson Semedo has also made a great start to his career at the Nou Camp, with right-back a bit of a problem area after Dani Alves’ exit. At left-back they have Jordi Alba and Lucas Digne. So far this season they have the best defence in Spain, having conceded just 2 goals in 7 matches. 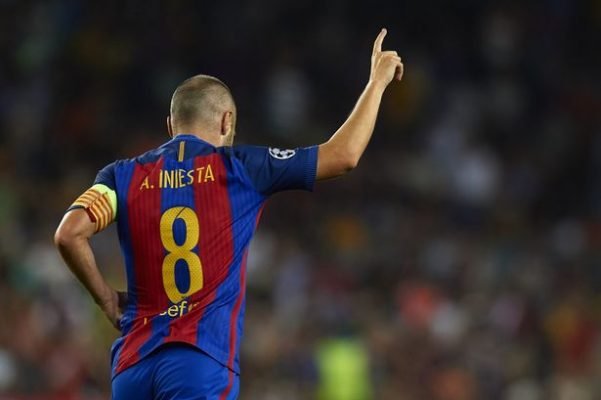 Barcelona’s midfield may not be as strong as it once was in the glory days of Guardiola almost a decade now, but it is still one of the best in Europe. Andres Iniesta may be 33 now, but on his day he is still capable of replicating his best form. Sergio Busquets is also still world class, and Ivan Rakitic and Sergi Roberto have proven to be dependable.

New signing Paulinho was criticised by many after arriving from Chinese football in the summer, but so far he’s impressed in the few games he has played for the Blaugrana. Andre Gomes still needs to prove himself, but like Rafinha and Denis Suarez he has definite quality. Arda Turan is unlikely to feature much this season after a loan move to Galatasaray late in the window fell through. 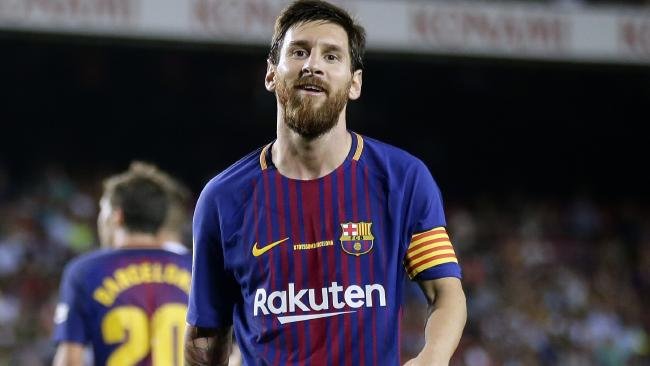 What more can we say about Lionel Messi? Much was made of Neymar’s world record €222m sale to Paris St. Germain during the summer, but when you have Messi there is always reason to be positive. The Argentine is undoubtedly one of the greatest footballers of all time, and in Luis Suarez they still have one of the best strikers in the last decade.

However, behind their two stars Barca perhaps lack options in attack. Ousmane Dembele signed for big money but is still a prospect, and could be out for up to 4 months with injury sustained in his just his second La Liga match against Getafe. The jury is still out on Paco Alcacer and Gerard Deulofeu, but both are young still at least.