AC Milan line up will be tricky to tell. Juve boss Allegri might make some changes in the squad and hence the predicted line up can’t be too easily guessed. So let us see:

A two-man midfield with Sandro Tonali and Tiémoué Bakayoko will be there. Brahim Díaz will play in a more attacking role up front.

In the wings, Alexis Saelemaekers and Rafael Leão will cover both flanks. Zlatan Ibrahimovic is expected to lead the line upfront. 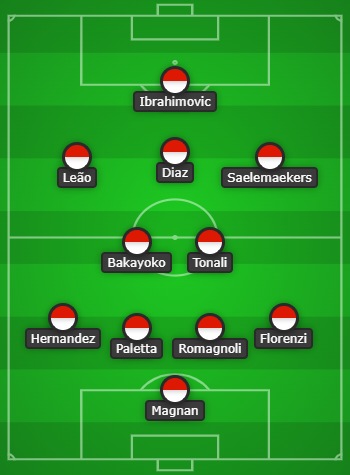 AC Milan faces Juventus at San Siro on Sunday, 23 January 2022 evening. Both teams need the win for different reasons, with the Bianconeri looking to increase their dominance over the Rossoneri.

Milan have been in excellent form since the start of this year and are unbeaten in three of their last 4 games.

The Old Lady are 7 points behind second-placed AC Milan in the league table.