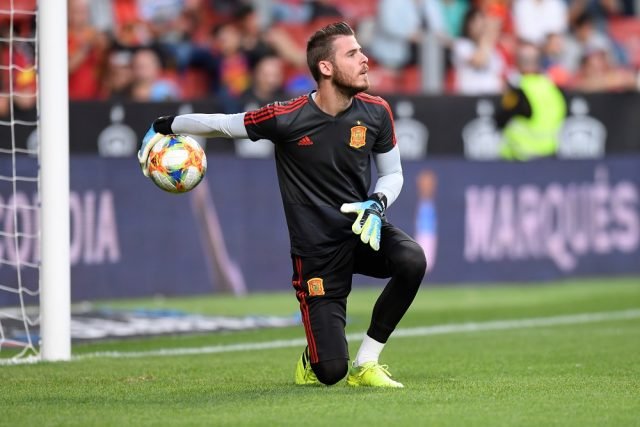 David De Gea is reportedly on the market for this summer’s transfer window.

Manchester United is looking to break the Spaniard’s massive wages off their books from next season.

It is pointless to keep a goalkeeper on £375,000 per week and only utilise him as a backup. Dean Henderson was rewarded for his loyalty to United this summer with a contract of £110,000 per week. Ole Solskjaer has started the latter in seven straight games now.

The Englishman saw United through a 2-1 victory over Brighton & Hove Albion on Sunday, pulling off a couple of excellent saves. It could mean the end of De Gea’s reign at Old Trafford. While he has developed into a top goalkeeper, his performances have dipped far too low to keep starting him in important games.

The Mail understands that United could be looking for anything in the region of £50m for his services. He is still only 30 which is a prime age for goalkeepers. Solskjaer’s biggest problem will be finding a club who will willingly take on De Gea’s wages.

After the year we all just witnessed, clubs are scampering for funds everywhere. Even the European superpowers like Barcelona and Real Madrid are struggling to make new additions.