So lets not waste anyone’s time here and get straight into the countdown, starting at number 10! 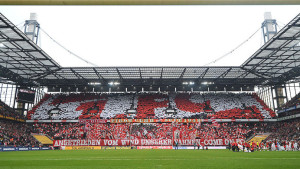 Yes up first in our list is the RheinEnergieStadion, home of Cologne FC, or FC Koln.

Built back in 1923, the stadium has been under numerous names, but it is now known as the RheinEnergieStadion and it cost around £86million to build.

The stadium was one of the 12 hosting the 2006 FIFA World Cup and the name comes from a contract with the local power supplier RheinEnergie AG.

Live Streaming Mexico vs Brazil Olympics Football 2021? How To Watch...