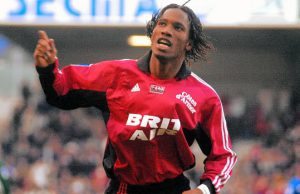 Drogba scored 15 goals in 16 games against Arsenal, but he could have played for them instead. Wenger admitted he regretted not signing the striker, he said: I missed him when he played in France at Le Mans – not even in the top league.

“I knew he was good player there and I missed him. And secondly because he hurt us so much in big games that all this pain would not have happened.”